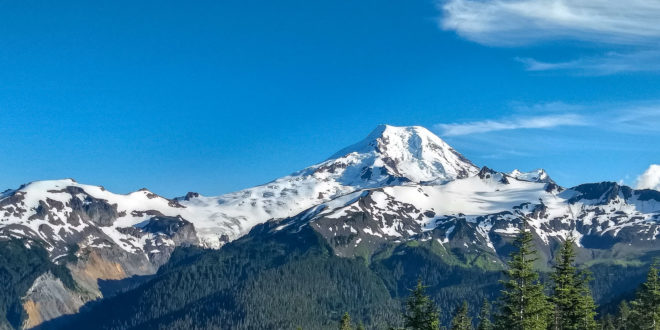 As I stumbled down the rocky Swift Creek Trail in the dark, every side creek, ravine, and small gully was simply gushing—all tumbling into Swift Creek in the valley bottom below.  Soon I would have to ford this creek at a notorious crossing, and my apprehension was on the rise—was it my imagination or did Swift Creek sound louder every time I passed a feeder stream?

I was 22 hours into a circumnavigation of Mt. Baker and I just couldn’t entertain the thought of turning around and climbing 4,000 feet back up to Artist’s Point to bail. But luckily it got light just before arriving at the ford, and making no effort to find the best place to cross, I just plunged right in and nearly found myself swimming across a deep pool. I crawled out on the far bank. Sweet! The last major unknown was behind me!

When the Hardrock Hundred Endurance Run that I had been training for was abruptly cancelled in June, I had felt kind of lost until my son suggested I do a circumnavigation of our local active volcano, Mt. Baker. It immediately sounded like a good idea. I’ve always liked circumnavigations. I’d completed the Wonderland Trail around Mt. Rainier several times, negotiated the partially-off trail loop around Mt. Adams, and had been working on a loop around Mt. Olympus for six years and counting. My kind of circumnavigation is entirely on foot (no skis, no bike), with no glacier travel and no rock scrambling harder than a moderate class 3. In other words, reasonable for solo travel within my own personal comfort limits.

Had such a Mt. Baker circumnavigation been done before? Extensive internet searching and talking to knowledgeable locals turned up only one previous effort. In 2007 David Hess and Doug Shepard completed a very difficult loop in a total of 25 days, 11 hours, which included a two-week break to recuperate from the tremendous beatdown they endured. The aesthetics of their route seemed to dictate very little trail or forest road, staying as close to the glaciers as possible while traversing an endless series of devil’s club-choked gullies, extremely steep slopes, and difficult river fords.

I didn’t want to suffer nearly as much as Hess and Shepard, and I definitely didn’t want it to take as long, but could it be done more easily? I had spent countless hours on the computer with resources Hess and Shepard never had, and had made six trips to the mountain to piece it together. My route would be a compromise between Hess and Shepard’s aesthetically pure route that traversed mostly just below the glaciers and a route that might drop down to major roads to avoid sections not connected by trail. Recon days focused on the off-trail sections where I would have to climb or descend 4000 feet between forest and alpine, as well as alpine traverses where the slope maps promised a challenge. Almost miraculously, every recon trip was an amazing success. I encountered no particularly tough bushwhacking, no significant devil’s club, and there had always been a fairly easy way to thread through the cliff bands and steep gullies once I learned the lay of the land. I could hardly believe it—the game was on!

Although there were still three major alpine cross-country sections I hadn’t previewed, I took a chance that it would all work out and started the circumnavigation clockwise from the Ridley Creek Trailhead at 6:08 a.m. on July 20, 2019, heading up the switchbacks of Forest Service (FS) Road 38. At the end of the drivable road, I took an unofficial, very steep trail straight up to treeline on what I call Rankin Ridge (because it’s next to Rankin Creek). Finding this trail during a recon day had been one of the many unexpected gifts of the route—Hess and Shepard had suffered a difficult bushwhack to reach treeline here. I then traversed northeast uphill and cross-country through heather meadows and talus slopes to the edge of a small glacier coming down from Seward Peak, part of the looming Black Buttes extinct volcano range. A most spectacular spot!

From here I had about three or four miles of alpine cross-country travel, unpreviewed. Terra Incognita. First, I had to get down a steep snow slope with some rocky runout, which was a little tricky with the snow still frozen from a cold night (I didn’t bring crampons). With some care I was soon traversing a huge bowl directly under the Black Buttes. Crossing the outwash of the Thunder Glacier, I came across a piece of riveted aluminum, which likely washed down from the remains of a Navy plane that crashed into the glacier in 1943, killing six, but hadn’t been found until 51 years later when the glacier finally gave it up.

I jogged down the only paved part of the loop, 3.7 miles on FS-39, Glacier Creek Rd, and exited at abandoned FS-3940. I would have loved to eliminate this paved part of the route, but the options were limited by some very rough topography between the Heliotrope Ridge Trail and Chowder Ridge, and a potentially dangerous ford of Glacier Creek. Hess and Shepard took about 12 hours (not including a night’s sleep) to travel about four miles between the Heliotrope Ridge trail and Chowder Ridge, while my route took about five hours and covered eight miles. Twice the distance, but way easier.

After bushwhacking up to the base of Chowder Ridge and traversing the Deadhorse Creek valley over to the Cougar Divide, I was back on trail again! Or at least abandoned trail. The Cougar Divide Trail is going back to nature now that the long access road to the trailhead (FS-33) is closed. It’s still not hard to follow, but without any maintenance, it won’t be long before it’s another lost trail. The Cougar Divide Trail is not quite as scenic as the nearby Skyline Divide Trail, but still has fantastic views of Mt. Baker from another angle, and it would be a shame to lose it.

At the Cougar Divide Trailhead, I had a seven-mile road walk down abandoned FS-33, still mostly a good dirt road but soon to be overgrown and covered by blowdowns and slides if it isn’t maintained. The huge switchbacks on FS-33 could possibility be shortcutted through the woods, but without previewing it I couldn’t risk encountering tough bushwhacking. At the bottom of FS-33 I crossed a bridge over Bar Creek, impassible to vehicles due to a washed-out ramp on one end, and ended my road walk near the base of Lasiocarpa Ridge.

My off-trail route up Lasiocarpa Ridge started with a short brushy climb to gain the ridge, but for most of the next 2000 feet vertical, the going was amazingly easy through an old-growth forest with little ground cover. It did get extremely steep in parts, but at those points animals helped me out with nice switchbacked trails.

It got dark during the steep climb through the big trees, and my plan to get back on trail before nightfall was way off target. Two glowing eyes ahead gave me a momentary adrenaline rush but it was just a deer.

The knife edge crux is a 10-foot scramble down broken rock through tree branches, right next to a full- on cliff. I was definitely grateful that I’d previewed this part so I wasn’t fumbling around in the dark here. This is another spot where the route could have easily failed, but nope, another lucky passage. Soon after the knife edge, the route broke into heather meadows, and there’s nothing as welcome as seeing your first heather after a long uphill bushwhack!

After a bit of side-hill scrambling over large talus and moderate gullies, the route now opened to a traverse of the upper Wells Creek basin, just as the waning moon rose over Ptarmigan Ridge. On the recon hike there had been a low overcast and now it was pretty dark, but the moon was bright enough see what a grand place it is. I look forward to really seeing it someday. I hadn’t previewed the connection between Wells Creek basin and the Ptarmigan Ridge Trail, but it turned out to be pretty easy even by headlamp, and I had now done all the off-trail sections I hadn’t previewed, another big step! From the Ptarmigan Ridge Trail, Mt. Baker glowed in the moonlight behind me, showing yet another of its many faces.

The Ptarmigan Ridge and Chain Lakes Trails took me past sleepy Artist’s Point, and the Wild Goose and Lake Ann Trails put me on the Swift Creek Trail, which can be terribly bushy but by luck had just been cleared. After a bit of unnecessary worry about water levels, I welcomed the daylight, now past the last route uncertainty, to rest at the Swift Creek Ford, and ended this long trail segment at the Baker Hot Springs parking area.

From there, I had a seven-mile walk on unpaved and pretty deserted Forest Service roads, with a 20-minute nap at an irresistible spot bathed by early morning sunlight, to arrive at the Boulder Ridge Trailhead. The many large blowdowns on the Boulder Ridge Trail had just been cleared—what, was there a whole team of unseen people clearing my circumnav route just ahead of me?! It had been foggy during the recon, so at the top of the trail I got my first view of Mt. Baker’s twin peaks, the Boulder Glacier, and the route ahead.

The first obstacle upon leaving the trail was getting across Boulder Creek. During the recon I had forded immediately without difficulty, despite a waterfall about 100 feet downstream. But on the circumnavigation the creek was running too high to cross safely here. Later I compared photos from the recon and the circumnavigation, and the creek was running at exactly the same level! I guess 30 hours of tough mountain travel can influence risk assessment. But I had checked out easier fording spots upstream during the recon, anticipating a problem here, and I was on my way after crossing Boulder Creek without much trouble.

After another fairly easy contour-following traverse, I hit the climber’s trail for the Squak Glacier route up Mt. Baker. I had no map, either paper or on my phone, that showed how the climber’s trail connected to the Scott Paul Trail, but I knew it did and I just kept following it down until it connected. This cost me about a mile and maybe 400 feet of extra elevation gain, but I didn’t care—I was happy to be home free on trails now.

After seven more miles on the Scott Paul, Park Butte, Belle Pass, and Ridley Creek Trails, I finished the circumnavigation just before dark. It was sort of a surreal experience to walk up to my truck from the opposite direction than I had left it the day before, having looped all the way around Mt. Baker. Although it took over 38 hours, it was far easier than I could have hoped when I started the project. But I was still beat and the night was spent crashed in the back of my truck. In the morning I headed down to the Acme Diner for blueberry pancakes – but they’re closed on Mondays.

I’m not going to make my full GPS track publicly available.  Anyone wanting to do a Mt. Baker circumnavigation should figure out their own exact route and have solid off-trail experience. 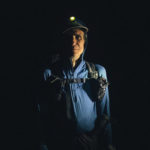 Jeff List, 60, retired as an Oceanographer with the USGS in 2016 and is now a full-time outdoor adventurer based in Anacortes. Running ultramarathons keep him in shape for his primary interest, exploring off-trail routes through wild and beautiful places.

The Health Benefits Of Hiking 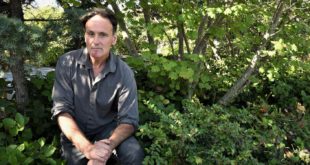