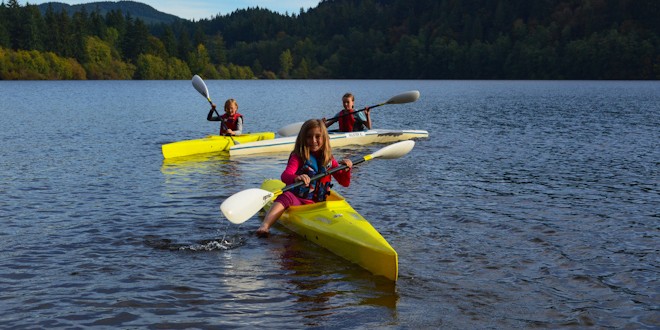 A Passion for Paddling: Making Waves on Lake Padden

The peaceful, glass-like waters of Lake Padden attract plenty of recreational paddlers of all kinds, but one man sees the lake destined for greater things.

Dan Baharav, 75, came to Bellingham in 2004 and discovered a Mecca for paddlers here with the open waters off the coast and sizeable lakes inland.

Baharav raced surf-ski kayaks, the long, lightweight, narrow-bottomed style of kayak, as a teenager in Israel, and saw Padden’s calm waters as the ideal spot for the sport.

“Racing is in my blood,” says Baharav.

After settling in Bellingham with his wife, Eva, who is a communication sciences professor at Western Washington University, Baharav took his own time to explore the waters of Whatcom County on his kayak.

With a doctorate in ecology (and a former university professor himself), it was not merely sport that drove Baharav to paddle from mountain to sound, but a deep desire to understand the watershed divided by Interstate 5. His explorations led to publishing his book “Sea Kayaking from Mountains to Ocean: Reflections On Watershed Ecology in the Washington Pacific Northwest” in 2010.

His scholarly endeavors didn’t quench his thirst for racing, and he began contacting racing teams in Seattle and Gig Harbor, inquiring how to start a team.

“You don’t have to worry about the boats,” Baharav says these team organizers told him, “you just bring the kids.”

So with donations of boats from other Northwest teams, Baharav founded the Bellingham Canoe Kayak Sprint Team (BCKST) in November 2012.

He then had to convince Bellingham’s parks and recreation department to allow him to base the team on Lake Padden’s shores. Fortunately, it didn’t take much convincing as the city was interested in generating more use of the park. “I can only say positive things about Bellingham Parks & Recreation,” Baharav says.

The team’s boathouse is a simple fenced enclosure, and Baharav’s “office” is a nearby picnic table, but for the time being it’s just right for the growing team.

The following summer, in 2013, Baharav launched his first summer camp program to introduce kids to kayaking and recruit for the team. He got a handful of interested kids and they began training in earnest three times a week. Each successive year of summer camps has brought more kids to the fold, as have Baharav’s tireless efforts to recruit.

Baharav is the director and head coach of the nonprofit team. He supplies the vision and direction for young racers, and gets help from parent volunteers and a handful of college-age assistant coaches (the only paid employees in the organization).

“I regard my parents as the base of the team,” he says.

One of those foundational parents is Steve Scoggins, who volunteers as an assistant coach. He came to the sport as an adult, he says, and considers himself “a guy who figured it out and got pretty good.”

He loves coaching this “phenomenal group of kids,” a dedicated bunch who commit to a hard workout, rain or shine.

The training schedule is three days each week from March through October. In November they go off the water and move into the gym until January. February is a well-deserved month off.

Racing season starts off in April, so the team starts training hard as soon as they hit the water in March.

“When you start up with the team you’re going to start in a pretty stable boat,” adds Scoggins. “After a season or two, kids get in the actual racing boat.”

It’s a strenuous sport, and it’s not uncommon for the young athletes to paddle between six to 10 miles during practice, Scoggins says.

And it’s mandatory that team members be strong swimmers – able to swim across the lake.

While the sport is ultimately very safe, with little likelihood of injury, there is also the possibility a boat will tip and the paddler will go for a swim. Of course, that’s not so bad in the summer when the lake is warm. And part of summer practices often includes some time just to swim and play in the lake.

“They just end up having a good time – more than anything else,” Scoggins laughs.

Whatever that combination of work and play is, the BCKST seems to have found a sweet spot that is getting them noticed in the sport.

This year, the team traveled to San Diego for the national championships and brought home a pile of medals. The bantam (under 14) class women’s team of Elena Wolgamot and Ana Swetish swept the K2 (duo) field, bringing home gold in the 200m, 500m and 3,000m races, and they paddled with Abby Scoggins and Sierra Noskoff to grab the gold in the 500m bantam K4. In total, BCKST earned 11 medals, including a bronze for Scoggins in the 5,000m K1 masters division.

“Under 14, we are probably the best in the nation,” Baharav says.

In international competition at the Pacific Cup Championship at Whonnock Lake, British Columbia, in September, the team came in second place overall out of 15 teams.

Last year, Wolgamot and Noskoff shattered the record for most kilometers paddled over a six-week period in the Barton Bantams Challenge, part of the USA Canoe/Kayak’s National Sprint Development Program. The girls paddled 773 km, handily breaking both the past records of 751 km for boys and 651 for girls.

While this team is still a few years away from Olympic competition, Baharav sees a number of them as future contenders if they choose to continue in the sport long term.

For each child on the team, Baharav says his goal is to build up skills, perseverance, integrity and self esteem. “I cherish the kids very much,” says the lifelong educator.

Baharav says he is pleased with how the BCKST has grown in its first three years, but is looking for even more young athletes to join the team. He encourages kids who might not be well-suited or interested in other traditional sports such as soccer or basketball to give paddling a try. He finds they often excel at kayaking.

Kids interested in joining can try it out any time, not just during the summer camps.

While Baharav works to build the team, he’s also working on projects to expand offerings and facilities for the BCKST. He’s currently working with other Puget Sound and Northwest teams to put together summer camps for the most talented athletes to further develop their skills and gain new coaching perspectives. He’s also working toward securing a permanent spot for the boathouse at Lake Padden.

“The lake is one of the best venues in the world,” Baharav raves. He’d like to see it get that recognition by hosting sanctioned racing events there in the future.

If it’s anything like the fast track on which the BCKST has grown, the future won’t be too far away. 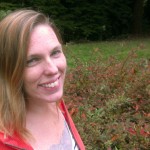 Hilary Parker is a writer and editor residing in Bellingham, Washington, where she explores local trails with her kids and writes about it for Bellingham-Whatcom County Tourism at bellingham.org