Along the Skagit: A Winter Gathering of Eagles

I can still remember my parents teaching me how to spot a bald eagle, “look for the white head and tail feathers since their bodies are black and difficult to see.” It’s January on the Skagit River near Rockport, WA and the bright white heads of bald eagles are prominent against the grayness of the riverbanks and naked alders. Even though I’m accustomed to seeing bald eagles because I grew up in the Upper Skagit Valley, I still take a moment to admire their strength and stoic demeanor when I catch one surfing the thermals or perched in an old growth. I keep a lookout today as I drive the scenic State Route 20 up to Howard Miller Steelhead Park to volunteer at the Skagit River Bald Eagle Interpretive Center.

As eagles begin to congregate, eagle watchers from across the region make their own trek to the Upper Skagit to catch a glimpse of these regal creatures. Many of these hopefuls visit the Skagit River Bald Eagle Interpretive Center in Rockport, WA.  At the Interpretive Center, volunteers are busily directing bundled-up eagle watchers to the best lookouts. Before joining a guided walk to the river a visitor peers over the six foot wide eagle’s nest next to the facility and gasps, “Is that real?!” This makes me smile. I walk into the building just as a park ranger begins a presentation for a group of wide-eyed elementary school kids. I was exposed to this nonprofit at an early age and it only felt natural to step up when I was asked to join the organization after college.

About the time that bald eagles are migrating from Alaska toward the Skagit River there is another group preparing for their arrival, the Skagit River Bald Eagle Awareness Team (SRBEAT), the nonprofit that operates the Interpretive Center. As a volunteer and former board member, I’ve seen their fervor and dedication first hand. We work to advocate for the conservation of bald eagles and their habitat which includes the Skagit River Watershed. We embark on a journey of environmental education each winter when the Skagit River is writhing with spawning salmon and the riverbanks and treetops are crowded with bald eagles.

The Interpretive Center opened its doors at in 2006 and operates during the peak of eagle migration, from December to the end of January, providing a host of services including eagle watching site information, local information, environmental presentations, guided river walks, special programs for school groups, interpretative displays, live bird demonstrations, cultural presentations, and a gift shop.

“The Skagit River Bald Eagle Interpretive Center has provided the only continuous eagle watching and environmental learning opportunities in the area during each winter season for well over a decade,” SRBEAT President Deanna Ensley says. “We look forward to being able to offer these services well into the future.”

Migratory eagles begin to arrive in October from northern breeding territories in Alaska and Canada. The Skagit River supports all five salmon species and hosts the largest population of wintering bald eagles in the lower 48. Threats to bald eagles include degradation of natural habitat, reduction of salmon populations, and shrinking locations of prime nest trees. The Skagit River Watershed encompasses the river, its tributaries (Baker, Cascade, Sauk-Suiattle rivers), and all that depend on this central water source.  John Wesley Powell defined a watershed as “that area of land, a bounded hydrologic system, within which all living things are inextricably linked by their common water course that they become part of a community.”  Our “common water course” is the Skagit River and our natural community is what we set out to share with others.

This journey began in 1986 when a group of like-minded residents from Concrete, Rockport, and Marblemount noticed a growing annual winter migration of visitors coming to the Skagit to watch the eagles. In response a question arose – why not welcome them with information, suggest prime eagle viewing areas, and provide a warm place to escape the cold? It began as the Upper Skagit Bald Eagle Festival and the opening of the Interpretive Center grew from that success. However, the economic downturn in 2007 forced the organization to scale back and terminate the festival for financial reasons. The focus shifted to the services they could provide at the Interpretive Center in Rockport.

Many people that visit the Interpretive Center have never seen an eagle in the wild and are awed at what they find here. The Interpretive Center offers a platform for exploration and education, a perch to see a broader view of an ecosystem and its interconnected parts. SRBEAT’s hope is that after being exposed to the wildness of the Upper Skagit Valley, a spark will be ignited in people’s minds and hearts about how we can preserve this ecosystem and fragile cycle of life.

Akin to the interdependency between the river, salmon, and eagles, SRBEAT doesn’t work alone. The organization’s strength comes from collaboration.  They partner with local agencies, organizations, and individuals to meet shared goals of providing the public with an educational and memorable experience. The organization is largely operated by volunteers and relies on donations and grant funding. Simply put, they cannot open each year without this combination of support. 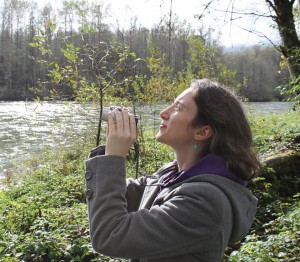 It is essential that future generations grasp the importance of environmental conservation or we risk a future where we will no longer be able to enjoy eagles awaiting their next meal in the rushes of the Skagit. The Skagit River Bald Eagle Awareness Team and the Interpretive Center can be that launching pad to help you spread your wings and see more clearly the symbiotic  – and often tenuous – relationship between humans and habitat.

You can support SRBEAT efforts in environmental advocacy and education by visiting the Interpretive Center and learning more; donating funds so that the team may continue their mission and expand their goals; or give your time by volunteering your skills. The bald eagles of the Skagit are truly a national treasure, one that hopefully will be enjoyed by eagle watchers for generations to come.

The Skagit River Bald Eagle Interpretive Center will be open Friday through Sunday until January 31, 2015. Visit skagiteagle.org  to learn more.

The Legacy of Lee Mann

Lee Mann’s photography captures a deep and abiding love for the landscapes and wildlife of the Skagit Watershed. Mann spent decades photographing the natural world and built an international reputation for a remarkably keen eye and the high quality of his prints, many of which have been reproduced as cards, posters and calendar images. Over the years he donated a percentage of his sales to organizations like The Nature Conservancy, The North Cascades Conservation Council, The Skagit Land Trust and the Washington National Park Fund.  Mann passed away in 2011 but his legacy is kept alive by his son Bryce. Learn more at leemannphotography.com 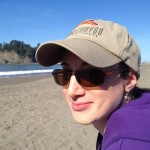 A native of the Upper Skagit Valley, Cora Thomas finds inspiration and peace in the natural world. She’s an artist, academic, and advocate and finds ways to merge all three. She recently landed a library position, a space that plays to her creative strengths. She is currently working on her first book of poetry.