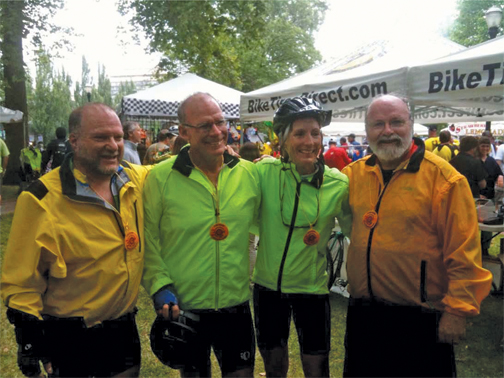 “Life begins at forty and I’m just living all over again.” That’s what the song says, but of course, sixty is the new forty and that’s when I began living my life—my biking life—all over again.

Way back on my seventh birthday when I lived in a small Illinois farm town, my parents told me there was something waiting for me at the hardware store. I remember running to the store and grinning ear to ear when I saw that green Hiawatha with the big, fat whitewall tires. I lived on that one-speed bike for the next few years, zooming around town with multi-colored plastic streamers trailing from the handlebar grips, a wire basket on the front carrying my prized possessions, and a baseball card, flipping through the spokes, producing (in my mind) the sound of a motor. That bike took me everywhere—to friends’ houses, to school, on fishing and swimming excursions to Sportsman’s Lake, and out into the countryside to the “bad lands” where it became a horse as we reenacted cowboy movie scenes, or a motorcycle as we played army games.

When my older brother abandoned his taller three-speed bike I moved on to it, using it mostly for my paper route. But after I biked through my teen years, college, teaching and starting a business intervened, and more than four decades passed before I again spent much time on a bicycle. Now, if I lived anywhere other than Bellingham, it’s doubtful that I would ever have climbed onto a bike saddle again. But in a town where bicycles have become nearly as ubiquitous as dogs or Subarus, how could I resist? So in late spring a couple years ago, I finally purchased a new road bike and began cycling, building up to twelve- to fifteen-mile rides in just a few weeks.

Then a friend told me that she was going to ride seventy miles for her seventieth birthday that September and asked if I wanted to join the group. They were registered for the metric century (sixty-two miles) of the Chuckanut Century Ride and planned to add eight extra miles to hit the target distance. Seventy miles was nearly incomprehensible to me, but if she could ride that many miles at seventy, surely I could do it at sixty. I began training.

From my twelve- to fifteen-mile jaunts, it wasn’t so difficult to add some twenty- and thirty-mile rides to my training. Then I rode the Tour de Whatcom fifty-mile loop north to Birch Bay and back in early August and realized it shouldn’t be much of a stretch to add twenty miles more to a one-day ride, if I kept training.

I was right. Except for missing one turn (adding about five miles) and having to fix a flat, the ride was great—a beautiful route from downtown Bellingham south along Chuckanut Drive, around Samish Island and through the Skagit flats before looping back to Bellingham by way of Lake Samish. Seventy miles was no longer daunting to me. Little did I know what was to come.

“I really don’t like hills that much,” I answered, then flippantly added, “I’d rather ride STP or RSVP.”

I’d stuck my foot fully into my mouth, pedal clip and all. So early on New Year’s Day 2009 I registered for both the 202-mile Seattle to Portland (STP) and the 184-mile Ride from Seattle to Vancouver and Party (RSVP) rides.

Facing those distances, I immediately started going to spin classes to build stamina and strengthen my legs, waiting for warmer and dryer weather before getting back on the road. That spring I learned two other friends were going to ride STP and we began regularly training together. Riding with others was motivating: they offered encouragement as well as distraction (we usually chatted along the easier legs of a ride), and we liked to stop for coffee before heading back home, when we would talk about the day’s training, or the next ride. We often left from Fairhaven and looped around Lake Samish or headed out Marine Drive and up to Ferndale and the north county. With few exceptions, I was cycling five or six days a week and from fifteen to forty miles a ride and, unlike some training regimens from playing sports in my younger days, I was really looking forward to training—riding with my friends and seeing places close to home that I’d never seen before.
It was a gorgeous July morning for the start of STP as we headed south along the west shore of Lake Washington. Throughout the day the temperature kept climbing, pushing well above eighty before we completed the 104 miles to Chehalis late that afternoon—hungry, hot, thirsty and tired. Pizza and beer in an air-conditioned hotel room solved our first three problems. An early bedtime solved the last.

With the exception of a little tightness in my calves and quads, I was shocked I had no aches or pains or discomfort the next morning. I had expected that I wouldn’t want to touch my butt to the saddle ever again (good biking shorts and chamois butter had apparently done the trick)! We shoveled down a breakfast of scrambled eggs, biscuits and gravy, juice and coffee and headed out into the early morning light.

I have to admit to being a fair-weather rider. Because I hadn’t trained in rain or cold weather, I was taken aback by the conditions that second morning. Within half an hour of leaving our hotel we were rained on, hit by hail and watched lightning strike nearby. But the rain didn’t last long and we encountered just a few light sprinkles the rest of the day. In contrast to the first day, day two’s temperature, thankfully, didn’t top fifty-five. It made riding much more pleasant and we were only lightly damp with sweat as we crossed the finish line in Portland’s Holladay Park. We were exhausted but euphoric. While we hadn’t been riding a race pace, I felt the fifteen-miles-per-hour average over the two days was respectable for folks our age, and my body wasn’t revolting. RSVP, four weeks away, no longer seemed daunting. I continued to train nearly every day and again rode the fifty-mile loop of Tour de Whatcom just three weeks after STP and a week before RSVP. 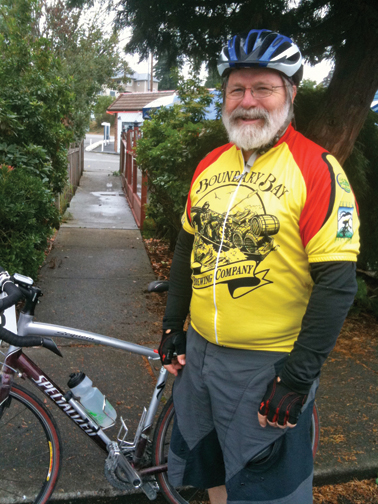 While the first day of RSVP is hillier than the first day of STP, it’s also a much more pleasant course that stops over in Bellingham, so Rick and I were able to sleep in our own beds before heading to the US/Canada border and Vancouver the next morning. Because our ride home wouldn’t meet us until after five o’clock, we decided to adopt a leisurely pace, even stopping at one point in rural BC to watch part of a horse show. We finished RSVP in good shape, and I continued to ride regularly for the next six weeks and, in mid-September, did the northern fifty-mile loop of the Chuckanut Century before putting my bike away for the winter.

Though I enjoyed RSVP much more than STP, registration closed in less than four hours this year and three of us missed getting in. Our group did manage to register for STP in time. So over the winter and spring months I’ve been to more spin classes and was fortunate to ride quite a bit outdoors in February while on sabbatical in California. This year, in addition to riding Tour de Whatcom, we’re planning to practice pace lines; the notion of saving some energy and moving a bit faster on the longer rides is appealing.

I’ll never be a racer and I don’t plan to ride STP in one day, but I’ve rediscovered a lifelong activity that I love. Cycling has not only helped me get stronger and more fit, but the rides also clear my head and I get a different view of my world from the saddle. I’m looking forward to seventy for my seventieth and, who knows, eighty at eighty isn’t out of the question.

Chuck Robinson is co-owner, with his wife Dee, of Village Books in Fairhaven. Besides cycling, he spends time reading, traveling and working with community organizations. He is the author of the new book It Takes a Village Books: 30 Years of Building Community, One Book at a Time. 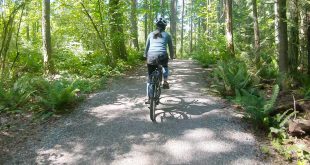 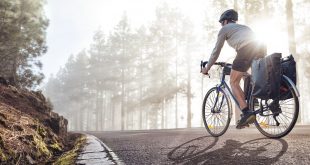 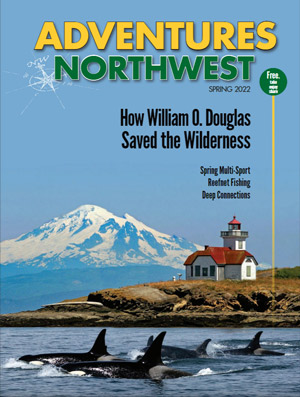