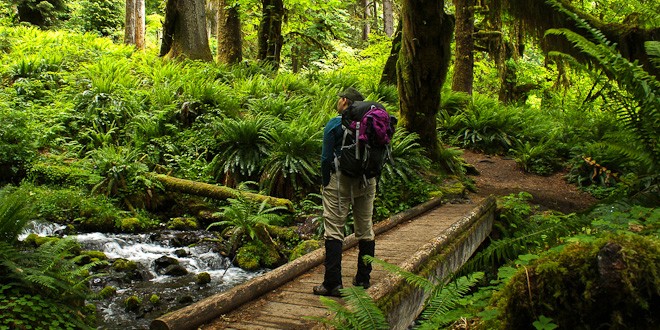 Silence is something more than just a pause; it is that enchanted place where space is cleared and time is stayed and the horizon itself expands. In silence, we often say, we can hear ourselves think; but what is truer to say is that in silence we can hear ourselves not think, and so sink below our selves into a place far deeper than mere thought allows…

Last fall I experienced the quietest place I’ve ever been. My friend and I had hiked to a lake in the North Cascades to spend a night away from our children. As the sun set and the day-hikers headed home, the temperature plummeted. We were the only people camped at the lake. There was no breeze to stir the subalpine firs. No birds serenaded the fading light. Though we were only a mile or so from the highway, the terrain blocked any sounds from traffic. A million stars burned noiselessly in the sky above. It was so quiet that my ears strained to hear anything. The next morning, however, hikers jammed the trails, enjoying a bluebird day in peak larch season. Their voices and the clinking of their gear echoed off the cliffs surrounding the lake basin. Helicopters buzzed back and forth, bringing water to dump on a small forest fire nearby. The silence was gone. But I held onto my sensations and memories from the night before.

I’ve been thinking a lot since then about silence. Not the absence of noise (for nature is not always quiet), but the absence of the human cacophony we’ve manufactured in our modern lives. The absence of traffic and planes and the neighbor’s leaf blower and the droning hum of the computers in the main living areas of our home. I’ve been contemplating the reasons for my deep need to get out into nature – into true wilderness, far from the freeways that bring me to the woods, far from the gas-powered generators that plague the popular campgrounds, far from boom boxes and text message notifications and Facebook updates. This silence has to do with a search for the sacred, whatever one’s religion, and with the neglected human need to just be. To refresh and renew,  or be blank-minded for a little while. To let those worldly concerns recede into the background, ready to be picked up again when I return with a changed and more grounded perspective.

Gordon Hempton has also done a lot of thinking about natural silence. “I call it the Think Tank of the Soul,” he told me in a recent interview, “but it can also be the birthplace of creativity.”  Hempton has been an acoustic ecologist for over 30 years.  He records sounds, mostly in nature. And he’s noticed that it’s harder than ever to record without human noise interference. Even in the depths of the Amazon rainforest, sounds of outboard motors drift into his microphone as he records the riot of a jungle morning. In our own temperate rainforest, Hempton has discovered some special locations that have unique acoustical qualities. In the Hoh Valley in Olympic National Park he has identified a place that he describes as “the quietest place in the United States”, and he is advocating for its protection in a campaign he calls “One Square Inch of Silence”. He figures if we can protect just one square inch of land from human noise intrusion, we’ll be protecting most of the park along with it.

I recently visited the One Square Inch site (Hempton has marked the spot with a small red-colored stone placed atop a mossy log). It was a typical day in the rain forest – intermittent showers broken up by lighter grey clouds, with an occasional sun-break giving me false hope. Birdsong filtered down from the canopy, but otherwise there were few other sounds besides the rushing of the river and the quick passing of other hikers. When I reached the grove where the stone is located, I dropped my pack, pulled out my little foam mat, and sat gratefully down for a rest and a bite to eat. I had left many of my thoughts behind me, strewn along the trail as I hiked the morning away. But my mind was still buzzing with big ideas. Suddenly I heard a grouse drumming nearby. The strange noise is easy to overlook if you aren’t paying attention, and I wondered how long I had heard it without really hearing.

I sat in a spot just off the trail and tried to let my mind settle, to let the thoughts fall to the bottom like silt in a quiet eddy. Rain showers passed through, and I huddled under my hiking umbrella, mesmerized by watching the drops fall from the tops of old growth cedars and spruces. In the hour-and-a-half I remained in this place, four airplanes flew over on their way to, or from, Alaska. In the depth of the Hoh wilderness, planes are about the only noise intrusion one hears. But in contrast to the silence, their noise is more jarring and longer lasting than I realize when I am at home and planes from Paine Field make test flights low over our home.

The National Park Service does not sanction the One Square Inch site on Park property, though they do agree with Hempton on many points. “The National Park Service shares Gordon’s concern and care for the natural soundscape of Olympic National Park,” spokesperson Barb Maynes said in a recent conversation. But they diverge when it comes to the OSI site and the focus on noise alone. “The Park Service looks at a full range of wilderness characteristics, not one to the exclusion of others.” They have many values to protect. The Park Service has a Natural Sounds and Night Skies Division that ran a long-term baseline study of Olympic National Park, but they don’t have specific plans to do any more monitoring at this time. The Park Service is mandated in its 2006 management policy to preserve the natural soundscapes of parks and to decide which human noises aren’t appropriate or acceptable, and to mitigate for those. However, the Park Service does not have jurisdiction over air traffic – only the FAA has the authority to determine routes for commercial airplanes flying over the park.

While I was soaking in the peace of the Hoh Valley that day, I wondered what the effects of too much noise are on our mental and physical health. Research shows that exposure to too much noise has been linked with risk of higher blood pressure, some kinds of cardiovascular disease, hearing impairment, sleep disturbance, and general irritability. Hempton warns about the number of adults who have premature hearing loss: according to the National Institute on Deafness and Other Communication Disorders, about 15% of Americans (about 26 million) between the ages of 20 and 69 have some hearing loss due to environmental noise exposure. We fill our down time with iPods, TV, radio, Pandora and Spotify, sports and “reality” shows, prattling commentators creating a background curtain of voluminous nonsense. Machines hum and buzz, whine and grumble, roar and grind. City parks are no respite, being close to traffic noise, maintenance equipment, or the stereos with super-pumped bass speakers in glittering cars filled with young people enjoying nature in a different way.

Hempton is looking for academic research partners willing to take on the task of studying the effects of quiet in the wilderness setting. He hopes they can then acquire the proper permits for a site within the Park so they can get hard data on how people react to true quiet. The effects of noise pollution have been studied for years, yet we still have a lot to learn about the benefits of natural silence.

The writer George Prochnik tried to understand our drive for silence as well as why we’ve created a world with so much noise. In his 2010 book In Pursuit of Silence: Listening for Meaning in a World of Noise, he visits many different people who value silence. At one point he spent some time in a monastery in Dubuque, Iowa where the monks practice the discipline of silent meditation. From his experience there, Prochnik brings this insight: “Even brief silence, it seems, can inject us with a fertile unknown: a space in which to absorb experience – a reminder that the person we are with may yet surprise us; a reflection that some things we cannot put words to are yet resoundingly real; a reawakening to our dependency on something greater than ourselves.”

These are deep and possibly uncomfortable revelations. Perhaps that is part of the reason many people don’t pursue quiet more often. It can be scary and threatening to contemplate spiritual or personal mysteries; to become more acquainted with our inner lives. Removed from the familiar constant din of modern life, we don’t know what to do when we are not fed entertainment and the distractions of music or other noise. But I hope that, as our daily world becomes more noisy and chaotic, we will still have places to go to renew our minds, to have extended periods for thinking and not thinking, and to experience peace and quiet of the deepest kind.

As I hiked the trail back to the Visitor Center at the parking lot in the Hoh Valley, I gradually met more people. Most visitors didn’t venture past the nature trails and benches near the parking lot. I hope that some of them, at least, got a small taste of the acoustic peace that was waiting just a few miles down the trail. Perhaps they’ll remember that place when they reach a time in their lives when they need some restoration.

As Gordon Hempton confided to me, “The answers are in a quiet place, and it’s up to us to go hear. I know all my answers are there.” 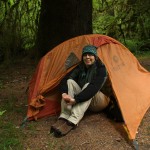 Jennifer Johnson often yearns for some peace and quiet in her life as a homeschooling mama of two curious and insatiable kids. She’s also known as The Hiker Mama and blogs about her adventures with her family at thehikermama.com.