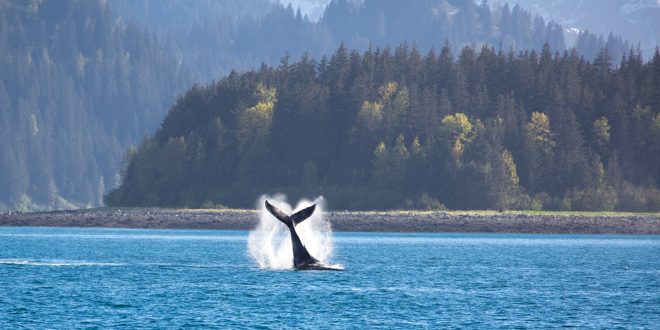 I had been thinking about Glacier Bay for a long time.

I’d done my fair share of poking around on— and in— glaciers in the North Cascades, Canadian Rockies and Alaska. The sensuous forms and sculptural grace of icescapes had always captured my imagination.

For me, glacial landscapes offered up a visceral sense of nature’s drama laid bare, the shifting weight of eons, like witnessing Creation happen beneath your feet.

Glacier Bay had long held an almost-mystical place in my imagination, representing a kind of idealized stronghold of elemental forces, raw and inviting.

And so it is, that on a mist-shrouded morning in May, I find myself on the outskirts of Juneau, Alaska, hauling an oversized duffel bag onto the M/V David B, on my way to this place that had for so long, cast its spell on me. Could it possibly measure up to my fantasies?

I’ve come with photographer Alan Sanders to lead a week-long photography workshop in the Bay. In addition to the David B’s adroit captain Jeffrey Smith and his multi-talented wife Christine, there are five workshop attendees aboard, every one of them brimming with anticipation and ready for enlightenment.

Christine casts off the lines and we pull away from the dock,  leaving civilization (or what passes for it) behind. The Rhumba-rhythms of the David B’s three-cylinder diesel engine hum as we cruise up Lynn Canal into Icy Strait.

Our first night is spent  in a quiet cove at Couverden Point, where we are welcomed by the chittering of eagles. The surface of the water is like glass and we bob gently among creamy sunset reflections that don’t fade into darkness until midnight. We are rocked to sleep by gentle waves.

We enter the mouth of Glacier Bay in pastel morning light. A humpback whale rises to starboard, exuberant  tail slaps creating great fountains of seawater, sparkling in the sunshine.

About the size of Connecticut, Glacier Bay National Park is almost completely devoid of human beings. But it’s teeming with the kind of animals that stir the imagination: brown bears, wolves, whales, lynx, wolverines, moose, eagles.

Aside from the park headquarters at Bartlett Cove there are no buildings or roads. No trails, no signs.

We cruise up Muir Inlet, the southern arm past mountains empty of trees, in the soft, shrouded light of a Chinese brush painting. Silhouettes and shadows, a dreamscape.

Marble Island is covered with enormous sea lions lustily barking, belching and grunting in a discordant chorus, clamorous  in the hush of the mist. Tufted Puffins appear, Dall Porpoise to port, a quartet of whales to starboard. Too many otters to count.

As we move up the Inlet, the water becomes more and more aquamarine: sea water the color of a glacial lake. The clouds remain low, hanging above us, obscuring the peaks. This low ceiling makes the vast spaces seem almost intimate. We find ourselves speaking in whispers.

We begin to encounter floating ice as we approach McBride Inlet, choked with the glacial outflow from the McBride Glacier. We drop anchor near the inlet’s mouth and lower the skiff for a shore excursion.

At low tide, the inlet is littered with stranded icebergs, some on dry land, some partially submerged, doing a cacophonous  bump and grind in the current of the river. We land the skiff on a sand bar and explore the icy shoreline. The beached icebergs are the luminous blue of renaissance paintings, the color once called sacre bleu, the holy hue of heaven.

An oyster catcher guards her nest, her bill a flash of orange in the blue-grey landscape. An eagle watches us warily from a stunted, gnarled tree.

We return down the Muir Inlet and head up the west arm of the bay, overnighting beside the Reid Glacier. The Reid has retreated from tidewater status in recent years, leaving a new “beach” of rubble and glacial muck, which we explore like delirious children, captivated and enthralled by the byzantine architecture of the glacier: blue grottos, fluted waterfalls, changing before our eyes.

Grizzlies on the shore, mountain goats on the precipices, gangly moose doing standup routines on the beach. It’s difficult to comprehend the scale: Ice sheets filling valleys, burying mountain ranges, in constant motion.  In some cases, these gargantuan walls are moving eight feet a day. It’s almost impossible to imagine anything this gigantic moving at all. I have no vocabulary to describe this kind of power.

At the head of Tarr Inlet we drop anchor.  To the north the Grand Pacific Glacier forms a stupendous wall two miles wide.  Next door, the Margerie Glacier rises from the water’s edge in monumental Stonehenge blocks and soaring blue spires. Behind it the massive Fairweather Range crowds the sky, culminating with Mt. Fairweather, at 15,325 feet the highest peak in British Columbia.

The Margerie calves almost constantly, filling the water with floating ice and the air with thunder. Without warning, a humpback surfaces 50 feet from us, it’s long sleek back shining in the sun for a precious few seconds before disappearing into the depths.

Jeffrey pilots the skiff along the shoreline beneath soaring cliffs laced with waterfalls. The palisades are covered with the nests of black-legged kittiwakes,  thousands upon thousands of birds. A circling eagle causes quite a commotion among the kittiwakes, and they rise in a deafening cloud to chase it away.

Near the face of the Margerie, we  maneuver through the brash ice, which hisses like a bromide, snapping and popping as air bubbles—trapped in the ice centuries ago—are released. Otters lounge on the larger floes, giving us the once over as we pass.

Up close, the glacier is a wonderland of seracs, pinnacles and monoliths—an ice arch frames a slender spire in an aquamarine window. At regular intervals, great blocks crash down into the water with symphonic grandeur, creating rolling waves that rock the skiff and suggest unspeakable power.

In the morning we explore the scoured beach; a barren expanse of rock and mud adorned with stranded bergy bits carved into fantastic, whimsical shapes. It’s a sculpture garden: delicately carved ice angels and demons; huge striped blocks, layered and striated like the work of a wild-eyed artist working with the essence of mixed media: ice,  bedrock, lichen.

We weigh anchor and return down Tarr Inlet in the almost-warm sun. Gradually small enclaves of trees, mostly willows, can be seen among the grey rock. As we continue down the inlet they organize themselves into thin forests , hopeful newcomers in this recently ice-bound landscape.

After a sweet, clear evening in Blue Mouse Cove,  a few puffing humpbacks bid us farewell as we motor out of Glacier Bay into Icy Strait. We drop anchor for the last time in the lee of a small island at Couverden Point.

Midnight finds me on the aft deck, quietly  enjoying the gentle lapping of the water when a wolf howl rises in the distance, soon answered from the darkness by another and then another. The chorale provides both a  fitting coda for a week of soul-nourishing splendor and a catalyst for strange and wonderful dreams.

The M/V David B

The story of the Motor Vessel David B is a tale of inspiration, persistence and second chances. Built in 1929 at the Lake Washington Shipyard in Houghton, Washington, this 65-foot long wooden boat spent 25 years plying the tempestuous waters of Bristol Bay, Alaska, where she was used to tow sail-powered fishing boats to the salmon fishing grounds, a work-around to a federal rule that prohibited engines in fishing boats. The David B would tow as many as fifteen boats to the fishery and then return to pick them up.

In the 1950’s, the cannery closed down, and the David B was abandoned, high and dry on the beach. She sat there for decades.

New owners eventually brought her by barge to Seattle and in 1998 she caught the eyes of Jeffrey and Christine Smith. The Smiths had big ideas. Northwest Navigation was born.

They spent eight long years restoring the venerable boat, an epic project detailed in Christine Smith’s wonderful book, More Faster Backwards. Today they enjoy a life of adventure and beauty, leading small-group cruises in Alaska, the Inside Passage and the San Juan Islands aboard the David B. 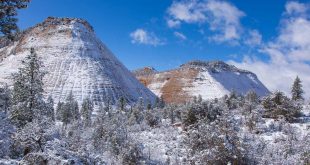