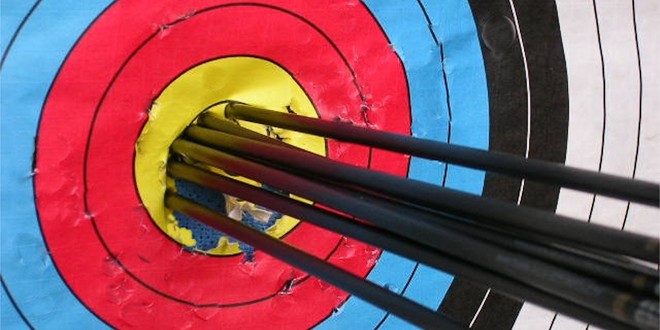 First Ever NW Run-Archery Classic to Debut in July

It started with what Kelly Kreiger describes as a “lightbulb moment.”

Kreiger, who owns Hamster Endurance Running, had just returned from a biathlon at Whistler, full of enthusiasm for multisport events, when she found herself on a run on Galbraith Mountain with a good friend, who happened to be an archer. “Bingo,” she says. The Northwest Run-Archery Classic was born then and there. 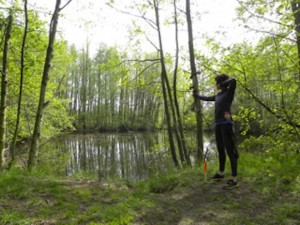 It was only later that Kreiger discovered that multisport events combining running and archery are popular in Europe. The Classic, which will debut on July 27 at the Custer Sportsmen’s Club, west of Ferndale, is the first run-archery event in the United States.

Similar to the more familiar Biathalon, an event which combines cross-country skiing and rifle shooting, the Run Archery Classic features four short running loops (totaling around 5K) with target shooting in between.

Breaking new ground is not without its challenges. “I am working with a group in Germany to develop international rules for these events,” she says. “Run-Archery is quite popular in Germany.” 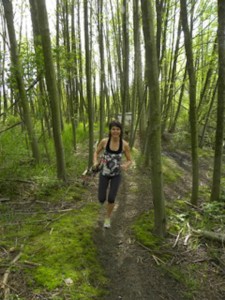 Kreiger is no stranger to event management. Her signature event, Hamster Endurance Runs, is now in its third year. This 6-, 12-, and 24- hour timed event around Lake Padden has now been joined by the “Pooch Scoot”, (a 5K run for people with or without dogs ) and “Run Wild Whatcom”, a point to point route-finding adventure in Whatcom Falls Park that debuts this year. Kreiger has also served for years as volunteer Race Director for the Chuckanut Foot Race, operated by the Greater Bellingham Running Club.

All of Kreiger’s events help raise money for local non-profits. The Northwest Run-Archery Classic will benefit National Archery in the Schools Program and Girls on the Run.