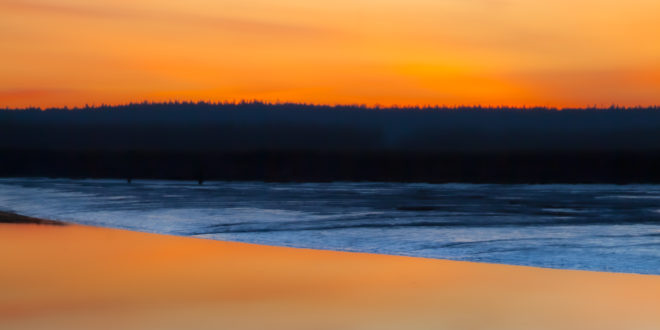 Fishtown: Art and Nature on the Skagit River

If you’re a fan of the Skagit Valley Tulip Festival, you might have passed through charming La Conner, WA. At first glance, you might think it’s little more than a tourist stop. But that’s where you’d be very, very wrong.

La Conner was once home to a rustic artists’ colony, Fishtown, where creatives sought the solitude and spiritual connection to the wildlife, misty mornings and broad sunsets along the mighty Skagit River. From the 1960s to the 80s these artists built a unique camaraderie—a community—whose style and aesthetic went on to influence and shape the work of other artists throughout the Pacific Northwest and around the world.

Although Fishtown is no more, La Conner and Skagit Valley are still home to a thriving arts community full of talent and sophistication that belies the small town feel.

The Four Mystics & the Northwest School of Modern Art

The “Big Four” or the Four Mystics first met in the bustling 1930s Seattle art scene. They would eventually become known as the founders of the Northwest School of modern art.

Painter Mark Tobey was a faculty member at Seattle’s Cornish School of the Arts. His friend and fellow painter Kenneth Callahan was curator of paintings at the Seattle Art Museum (SAM) for 16 years. Morris Graves—a student of Tobey’s—won SAM’s top prize at the age of 23, helping him later sell 45 paintings at New York’s Museum of Modern Art. The fourth Mystic, Guy Anderson grew up as a friend of Graves in Edmonds, WA.

In 1936 Graves and Anderson began taking road trips across the country to paint. Although Interstate 5 did not yet exist, the pair followed the road north of Seattle, eventually meandering through downtown La Conner.

Graves and Anderson rented primitive houses and cabins in La Conner as retreats from Seattle’s bustling city life. Over the next two decades the pair came and went between Seattle and La Conner—and around the world. Anderson settled in the La Conner area permanently in the 50s.

A 1953 Life Magazine article explains that they were mystics because “their work embodies a mystical feeling toward life and the universe.” They combined the natural world of the U.S. Pacific Coast with the influence of their travels and studies of Arabic, Japanese, Chinese and Buddhist art and culture, creating an art form that became distinctive of the Northwest.

La Conner already had vacationers and tourists, but the presence of Anderson and Graves—and those they befriended—helped the local community develop a deeper appreciation for art and a greater acceptance of eccentricity.

That openness and sophistication gradually fostered a new generation of northwest artists and attracted others to La Conner, including painter and sculptor Clayton James and Barbara Straker James in the 50s. Mexican-American farm worker and painter Jesus Guillén and best-selling novelist Tom Robbins (Another Roadside Attraction) followed in the early 60s. Out-of-town artists connected with local artists like Richard Gilkey, and some settled nearby, including Guemes Island’s Leo Osborne, Philip McCracken and Max Benjamin.

Jewelry designer, craftsman and faculty member of the University of Washington School of Art, Ruth Penington, started Fidalgo Summer School of the Allied Arts or, as it was also known,  Penington Art School in downtown La Conner in 1954, attracting many artists, art students and teachers to the area for over a decade. Many stayed or returned for the quiet beauty of the Skagit River, the wildlife and the affordable housing.

The Birth of Fishtown

In the late 1960s, young painter and sculptor Charles Krafft moved from Seattle to attend Skagit Valley Community College. While hiking near the mouth of the North Fork Skagit River with a local, Krafft discovered the former gill netter’s shacks of Fishtown, about four miles from La Conner. Used only seasonally by hunters and fishermen, the cabins had no running water or electricity and could only be accessed by boat or by trespassing on the property of multiple owners via a dilapidated boardwalk first constructed by the Army Corps of Engineers.

The boardwalks were frequently flooded and wiped out by the Skagit, and most cabins were on stilts. Everything had to be packed in and out. Although damp and odiferous, Krafft embraced the rustic lifestyle, paying just $1 per month to rent his Fishtown cabin in 1968.

The self-proclaimed ‘Mayor of Fishtown’ worked on improvements and attracted other artists, poets and scholars to visit and stay over the next eight years. Art Jorgensen, poet Robert Sund, Hans Nelson, calligrapher Stephen Herold and others were followed by Ralph Aeschliman, Paul Hansen and many more throughout the 70s.

La Conner’s Bo Miller was among those invited to Fishtown by Krafft. “Fishtown for me was a window on a world that could be peaceful, creative and spiritual,” remembers Miller. “I feel fortunate to have spent most of the 70s at Fishtown in a pastoral metaphysical bliss that was/is the Skagit Valley.” There he wrote poetry, made prints, pen and ink drawings and carved sculptures and wooden boxes.

Fishtown and the Skagit delta galvanized a new generation of artists and they, in turn, inspired each other. “Fishtown was a prolonged experiment in the style of deliberate simplicity celebrated by Thoreau and inspired by the example of two legendary Northwest Zen Buddhists, Morris Graves and Gary Snyder,” said Krafft in his unpublished book, A State of Mind, Not a Place (Dec. 2001).

From 1968 to 1980 Fishtown artists produced countless works infused with the peaceful natural environment, breath-taking (mystic) light and shadows of influence from the artists who came before them. Local fishermen and farmers collected their pieces as did tourists, patrons in Seattle and eventually collectors from around the world.

“Back then you could support yourself living on the river and selling your art…and helping yourself to the farmer’s fields occasionally,” remembers Miller.

“They were very resourceful people,” adds painter Maggie Wilder who lived in her own cabin in the Fishtown area from 1995 to 2018. “There were opportunities to live off the grid or very, very simply. Up through the 80s, La Conner was the affordable housing of Skagit County. I moved out there thinking I’d be there for five months and I just kinda forgot to move,” remembers Wilder. She walked 40 minutes each way, using a rope to climb a steep rock, to access her cabin. “I loved the solitude, being out on the river. I made myself a promise that in exchange for all the inconvenience of walking in and out, I was going to stop hurrying in my life. It kinda worked.”

“Before white men came, before the farmers came, the Skagit estuary was the Safeway, the Costco for the Swinomish Tribe. It held all the food they needed,” notes Miller. “So there was contention between the farmers and the Tribe about who owned the land and decided what happened to it.” Dikes, a jetty, logging and channelization have significantly altered the natural flow and appearance of the Skagit estuary over the past five decades. “It looks very different now than it did in the 70s,” adds Miller.

“Every faction who have ever been in Fishtown—the Tribe, duck hunters, artists and hippies—they all have a vision for how it should be and everybody thinks they’re right—and they’re all very different,” adds Wilder.

“There was a very painful episode [in 1988] where there was a clear cut with a swath right through the Fishtown woods,” remembers Wilder. “It was about what the land could produce and not about what the land meant to the people for many, many years.” Native American burial trees and clam middens were disturbed or destroyed along with the remains of the Fishtown shacks. The remaining boardwalks were taken out in 2015 by the adjacent property owner who tired of trespassers.

Many of the Fishtown artists passed away or moved on to start new chapters of their careers. With them they’ve taken a piece of Fishtown and shared it with the world—through their art and as teachers and mentors of the next generation of artists. Throughout the Pacific Northwest and beyond—if you’re looking—you’ll likely encounter the glorious legacy that has followed.

Many art and history exhibitions of Mystic and Fishtown artists (and those they’ve influenced) have occurred over the proceeding decades including several at the Museum of Northwest Art (MoNA), located in La Conner.

Wilder is currently writing a memoir of her time spent in the Skagit Valley art scene. Seattle filmmaker Pat Ford has been working on a documentary, 40 Years in Fishtown,  for several years.

The recently published book, The Barn Shows, by Skagit artist Lavone Newell-Reim and Photographer Cathy Stevens, shares photos, stories and historic information about an annual art show and birthday party in Newell-Reim’s 1910 Heritage barn near La Conner from 1987 to 2003. Mystic Guy Anderson was in regular attendance, as were Fishtown artists like Miller, Wilder and many, many Skagit and Pacific Northwest artists.

Plan your visit to La Conner—the birth place of the school of Northwest modern art—to explore the rich history and cultural legacy of Skagit Valley’s art scene. But Fishtown is long gone so you shouldn’t try to find it. “It’s a fragile ecosystem that has been damaged repeatedly by the projections of humans. It holds the grounds of strife and tragedy,” explains Wilder. “It is misunderstood as a singular or rare place to foster creativity, when the reality is that we all have the opportunity to slow down and pay attention to what’s in front of us, to create beauty.  Each and every one of us can make a place special.”

Miller agrees. “People at that time in the 70s were doing this sort of thing all over the West Coast. Fishtown was one of many.”

All of the cabins and associated boardwalks are gone. A caretaker lives in a sole remaining cabin that can be accessed only by trespassing on private property.

Rather than breaking the law to get a taste of Fishtown’s glory, read the books, visit MoNA and the surrounding galleries, make a donation and join the documentary email list (pcford@criterionweb.com). It is there that you’ll connect with the priceless Fishtown legacy and the next generation of Northwest modern art. 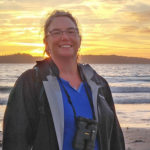 Lorraine Wilde has been a freelance writer since 1998, having published more than 250 pieces in blogs, magazines and books. Throughout 30 years in the Pacific Northwest, she’s also been a teacher, actor, filmmaker, environmental scientist, mother and owner of the publicity business, Wilde World Communications. Learn more at wildeworldcomm.com.