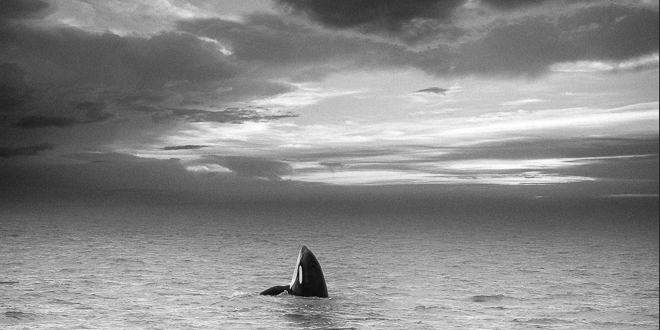 Lanni Johnson, grandmother of six, has become increasingly concerned about the fate of the Southern Resident killer whale. Over the last few years she has watched more than a dozen killer whales perish from a combination of factors, all exacerbated by unconscionable declines in Chinook salmon runs.

“Witnessing an extinction event in my own backyard has caused me deep concern. Witnessing Tahlequah carry her calf for more than 17 days took my resolve for this issue to another level,” said Lanni.

Last year after the Orca Task Force concluded, lead orca researchers and biologists were left with existential concern that all of the recommendations combined would not be enough to save the orca from extinction.

“Politicians and other authorities are going to stand by and allow the Southern Resident Orca, and the wild salmon runs they depend to go extinct,” she continued. “Twenty-five percent of the orcas’ diet comes from the Lower Snake River, and right now, low returns are leading both the orca and Snake River chinook to extinction.”

Lanni began her first-hand experience of starvation on the steps of the Washington State Capitol in Olympia, WA on April 1.

Tahlequah, the Southern Resident Orca who carried her deceased baby around the Salish Sea for 17 days last summer in a historically unprecedented and incredibly moving ritual of grief is Lanni’s primary motivation.

“We have been watching the Orca Task Force (OTF) deliberate, we have been following the various news articles on the Task Force’s progress and we have been hearing the commentary from the decision makers themselves. Listening to the top scientists, I am concerned that there has been little to no progress toward doing what it will really take to save the salmon and the orca.”

Sam Wasser, director of the Center for Conservation Biology at the University of Washington said, “There is no question the whales are starving … and the four lower Snake River dams are impacting them at a critical place and time…”

Lanni is requesting that Governor Inslee, Senator Cantwell, Senator Murray, Representative Del Bene, and others in authority support the US Army Corps of Engineers in implementing Alternative 4 of the 2002 Environmental Impact Statement (EIS).

Lanni adds, “We must begin breaching the Lower Snake River dams in 2019.  Breaching the dams is the quickest and the surest chance we have at saving the wild salmon and the orca.”

“The work of the newly proposed mitigation study was actually already done back in 2002 when the EIS was researched and written at a cost of several million dollars, but all of the politicians are pretending that that research and preparation never happened.”

Lanni is referencing a detailed analysis of the LSRDs which was previously completed as part of the 2002 EIS, including stakeholder meetings around the region, at a cost of $33 million to taxpayers. OTF and other authorities are ignoring all of the previous study, and calling for yet more unneeded study and delay.