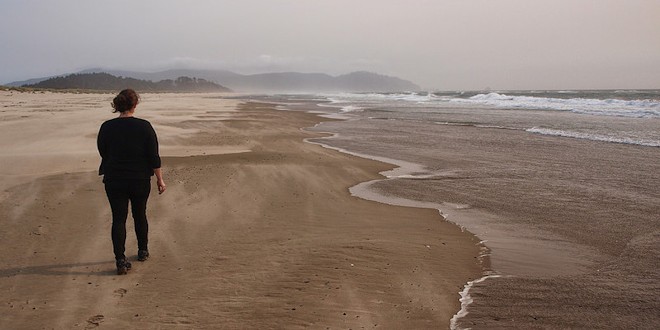 Looking for some beach time this spring? Ample helpings of natural beauty and human history run up and down Oregon’s Tillamook coast. Two of the most interesting examples, and ones that offer terrific hiking experiences, are Netarts Spit and Bayocean Spit. One is accessible at low tide; the other became more accessible after changing tides swallowed up a resort community.

In the native language of the Tillamook tribe, “Ne ta at”, loosely translates to “near the water.” It is a very fitting description for an area that would later adopt a morphed version of the phrase for a name – Netarts. Dating back to the early 1400s, the earliest known Tillamook settlement in the area was in Netarts. And the largest occupation was on the Netarts Spit.

The Netarts Spit is a roughly 5-mile long stretch of sand and vegetation that helps form the Netarts Bay. Accessible from Cape Lookout State Park, the spit offers great views of the bay, the town of Netarts, and the Pacific Ocean. It is also one of the great hiking spots on the Tillamook Coast. The beach along the ocean-side of the spit is laden with sand dollars, though finding one intact can be a challenge, depending on the time of year. But the stands of Sitka spruce, shore pine, and willow form an oasis of flora down the spit’s spine.

A 10-mile round trip hike along the narrow spit is best done at low tide, and leaves from the day use area near Cape Lookout Park’s campground. Once out on the spit, a network of trails and game paths weave through the middle. The views get better the farther you walk, with the villages of Netarts and Oceanside, and the Three Arch Rocks looming close at the end of the spit. Return the way you came and with any luck you will arrive back at the car with some great photos and a sand dollar or two.

The Bayocean Spit is a wonderfully eclectic stretch of dunes, trees and understory that is a sand-based dividing line between the Tillamook Bay and the Pacific Ocean. In the early 1900s, it was where a wide-eyed developer envisioned the “Atlantic City of the West.” Those plans were ill fated, however, and as the spit, recessed and reformed, many of the buildings that were constructed near the shore were claimed by the sea or rendered unsafe.

In 1954, the spit washed out and became an island, and in 1960, the last remaining home was destroyed. Today very little remains of the former town. Nevertheless, the spit has rewritten its geography, and if you are in the market for a surprisingly diverse, customizable coast hike that is easy on elevation gain, this is it.

A 7.8-mile loop will take you around the whole thing, but there are plenty of shorter options. Thanks to a number of marked trails that cut across the spit from the gravel road of the bay side over to the beach, you can easily extend or pull the chute on your outing rather easily based on how your contingent is feeling.

Starting up the gravel road from the parking area, enjoy the view across the bay into the towns of Tillamook and Garibaldi. The road soon enters the trees and the path winds and ascends briefly before meeting the bay again. The character of the walk changes numerous times as you pass by shore pine, spruce, and alder trees beset by salal, sword fern and Scots broom. You will walk by a handful of marked trails leading across the spit before reaching the jetty and crossing over to the beach side.

From there, you will enjoy a wide-open walk down the beach with views of Cape Meares off in the distance. The beach is often uncrowded, a reminder of why Bayocean Spit is a favorite getaway for locals.

About the Tillamook Coast

Oregon’s Tillamook Coast is one of the state’s natural wonders. Picturesque bays, inland waterways, forests, farmlands, rivers and ocean beaches offer visitors a wide range of nature-based activities from surfing, kayaking, fishing and clamming to beachcombing and hiking. Fresh seafood from river, bay, ocean to table is Tillamook’s forte, as is world-famous cheese to casual breweries and wine tasting. The Tillamook Coast includes several villages, each with their own unique heritage, personality and charm sprawling from northern Nehalem Bay and Manzanita to southern Pacific City and cozy Neskowin. For more information and to plan your natural choice getaway, visit www.tillamookcoast.com 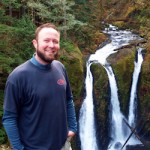 Adam Sawyer is an outdoor and travel writer, photographer, and published guidebook author based out of Portland, Oregon. His work has appeared in Northwest Travel, Portland Monthly, Columbia River Gorge, Central Oregon, and Backpacker Magazines. He currently pens articles as the Portland Hiking Examiner for Examiner.com and authored the bi-weekly column Portland Family Outdoors for Craigmore Creations. He was the co-host of the KEEN HybridLife Radio Show for its duration and now serves as a Brand Ambassador for the company. In addition to Hiking Waterfalls in Oregon, he is the author of the forthcoming Best Adventures Near Portland, and the co-author of Hiking Waterfalls in Washington, all for Falcon Guides. Adam is also a “Resident Expert” for Portland Walking Tours and leads a variety of tours through the streets of Portland, including the company’s popular Epicurean Excursion. Follow him at www.AdamSawyer.com.