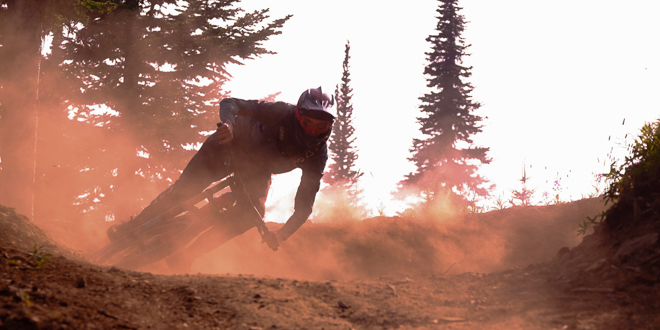 Twenty-some years ago, a small cohort of crazed cyclists skidded their way down the white silt cliffs outside Kamloops, in the Thompson-Okanogan region of south-central British Columbia. Mountain biking had just entered the Olympics; racing was ascendant. But this was something altogether different. 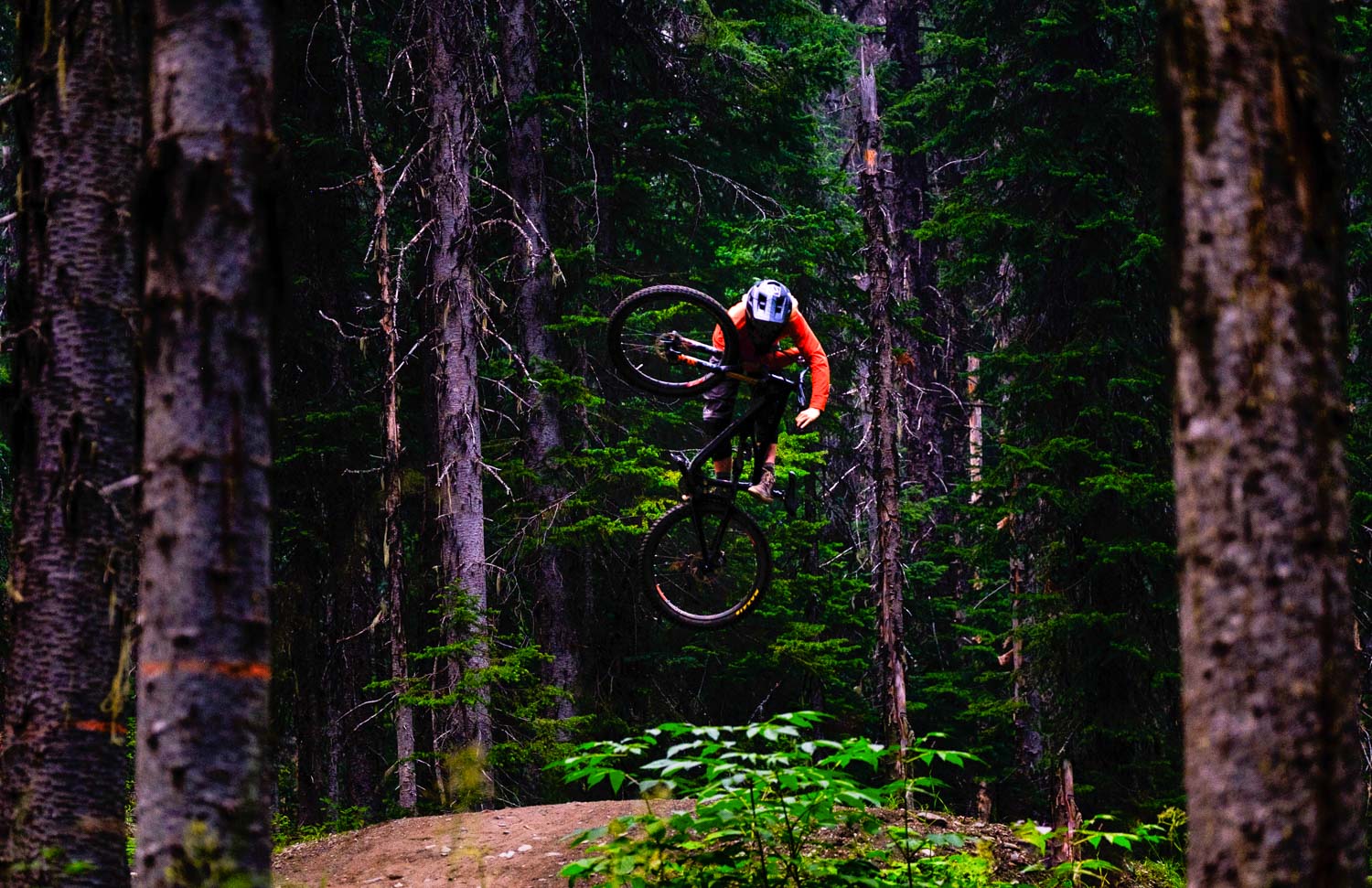 Not since Marin County hippies bombed cruiser bikes down dirt roads some twenty years earlier had the sport of mountain biking changed so fundamentally. It is here, along with  similar enclaves in the Kootenays and the North Shore of Vancouver, that freeriding was born.

Today the Thompson-Okanogan region remains at the forefront of gravity-based biking. This year’s winner of Redbull Rampage, the Super Bowl of freeriding, Brett Rheeder, calls SilverStar Bike Park, near Vernon, his home hill. Several of his competitors in the invite-only competition also hail from the Okanogan. It’s little coincidence that the sport’s marquee event, although based in Utah, is held on a landscape remarkably similar to that Kamloops dirt.

Visit the region’s lift-served bike parks and it’s not hard to see why it produces world-class riders. Here is the future of bike park design. Gone is hand-hacked singletrack; in its place we find machine-built trails with big, bike-dwarfing berms and manicured, precisely sculpted jumps. 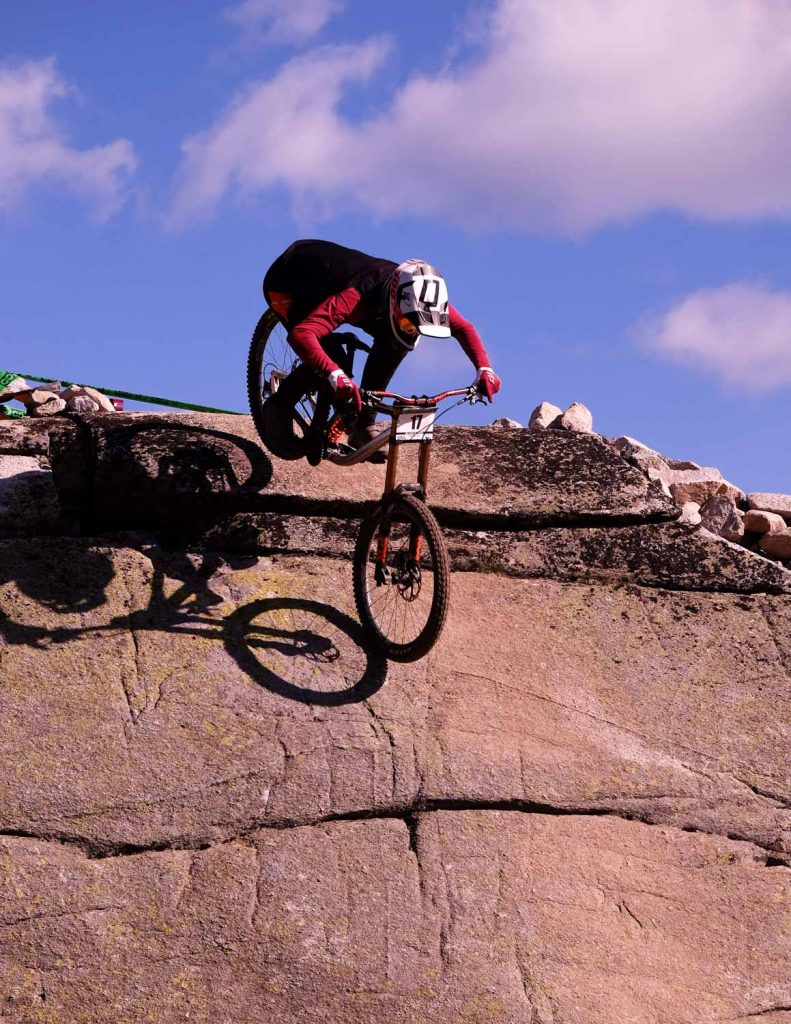 Despite its proximity to the birthplace of freeriding, Big White Ski Resort, near Kelowna, didn’t have a bike park until the summer of 2017. But Big White Bike Park has made up for lost time, applying decades of dirt-moving knowledge to the construction of its trails. The crew from LOFT Pike Parks, a build crew on the cutting edge of trail design, has shown what’s possible with a blank slate on which to work.

And it shows: even green runs such as Pry Bar boast big, beginner-friendly berms and low-consequence doubles. What started off as a handful of trails in the abbreviated season of 2017 continues to grow, with black flow trail Dark Roast whipping riders down the lower half of the mountain on a series of massive step-up and tabletop jumps. Meanwhile, Bermslang coils big turns one on top of the other—it’s stunning purely on an aesthetic level.

Big White is unique in the region in that it extends into true alpine. From the 7057-foot top of the Bullet Express, double-blacks Rock Hammer and Catapult Ranch lead with granite slabs into immaculate dirt with sight lines all the way to the base area and to the Monashee Mountains in the east—should you take your eyes off the trail.

Down below, the LOFT crew has carved out a pro-level slopestyle park of monolithic jumps. Mere mortals can test their skills on a slimmed-down version of the pro line, which is only open for competitions. Make no mistake: even the “amateur” line is jaw-droppingly intense. 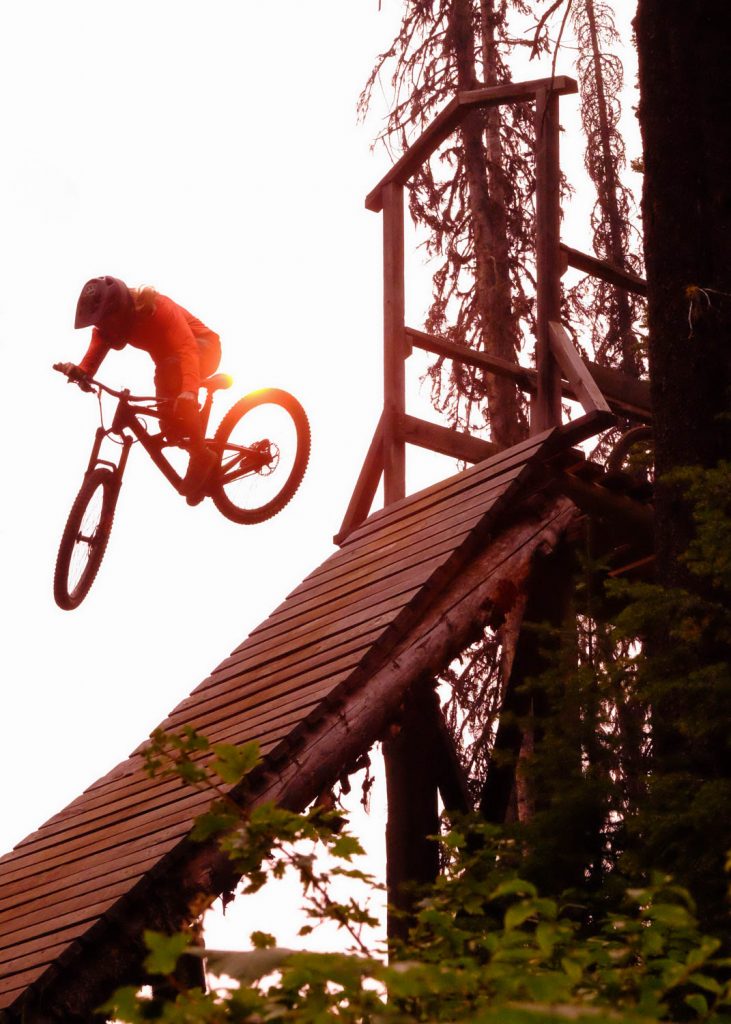 As opposed to Big White’s slabby summit, gently-rounded SilverStar makes the most of its elevation and the “magic dirt” of its open meadows and loamy forest. The terrain allows SilverStar’s builders to finesse the trails rather than simply fighting the fall line. Crystal Townsend, a SilverStar team downhill rider and bike instructor here, says that SilverStar is the best place she’s coached because there’s a natural progression of trail difficulty. It culminates in Walk the Line and its wall rides, 15-foot gaps and mandatory doubles. Like its neighbors, the mountain offers instruction ranging from half-day sessions to weeklong skills camps, so flatlanders and freeriding first-timers need not be intimidated. 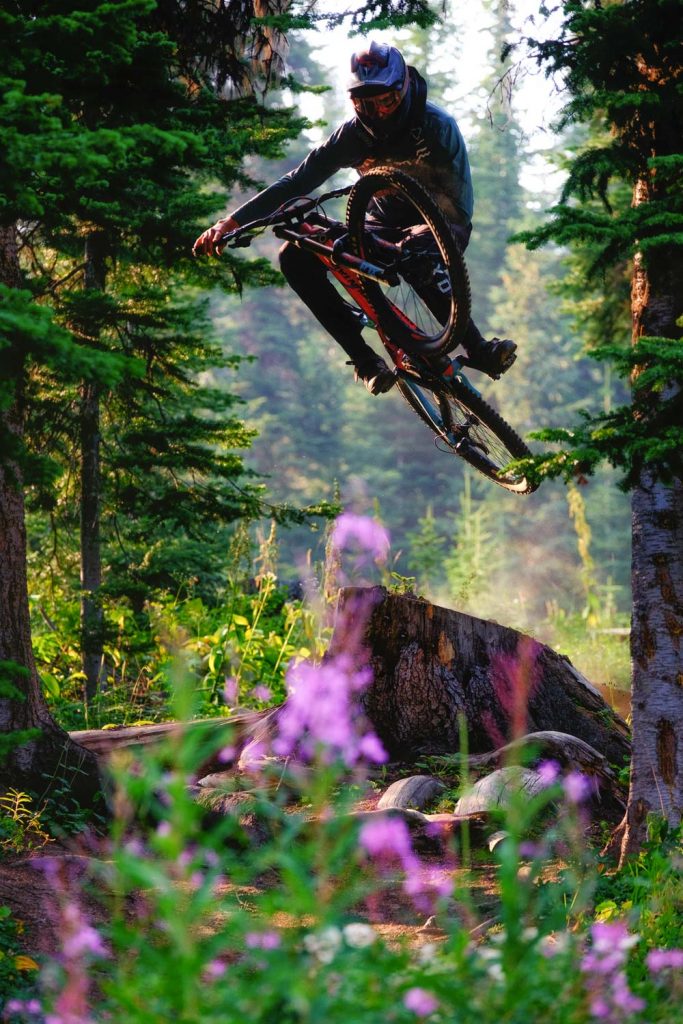 But the builders at Sun Peaks have begun adding some machine-built trail for modern riding. The showpiece Steam Shovel speeds off the Sunburst chair into a corkscrewing progression of berms and jumps. With no mandatory drops or big gaps, though, intermediate riders can safely roll through any features. An as-yet unnamed green trail provides a solid thirty minutes of smooth, sinuous descending machine-built tread from Sunburst down to the lodge.

Just as at SilverStar, the subalpine wildflowers deserve special mention; they are popular enough that they have their own festival, at the end of July. It’s worth the short hike from the Sunburst Express to the top of Tod Mountain after a day of riding. On a clear day—of which there are many—scissor-shaped Shuswap Lake is visible to the east. And to the south, so is the birthplace of freeriding.

Despite the rowdy nature of the trails, the Okanogan bike parks give off a laid-back, low-key vibe. Absent is the aggro attitude that has occasionally plagued the downhill scene. Here, there’s a home-hill bonhomie where all are welcome—the patrollers, the park rats, the first-timers and the old-timers.

For anyone with a taste for gravity, the Okanogan is calling. 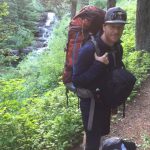 Aaron Theisen is a Spokane-based writer. He is the author of Day Hiking Glacier National Park and Western Montana (Mountaineers Books). 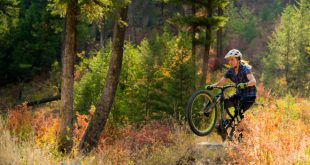