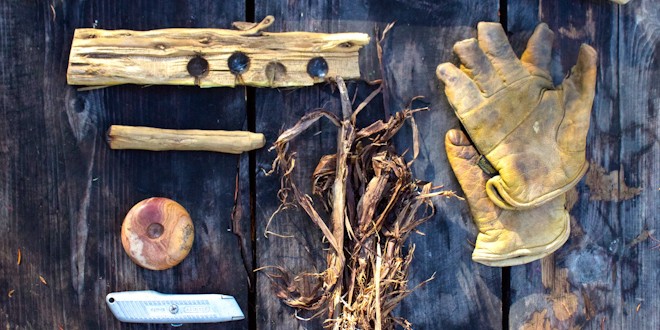 I have always been fascinated by animal adaptations. Whether a flight of countless miles, anti-freeze for blood, or a highly developed memory of food caches, natural seasonal adjustments are nothing short of miraculous.

Humans, of course, also prepare for winter. But beyond putting on a few pounds as the temperature drops, our adaptations are centered in technology, not fantastic biology. While we can’t fluff feathers for insulation, we pluck geese, shear sheep and fabricate synthetics. In lieu of growing large paws, we strap snowshoes and skis to our feet. Rather than hibernating, we sit around a fire. And that, perhaps, is our most unique and ubiquitous adaptation: we discovered how to make fire. 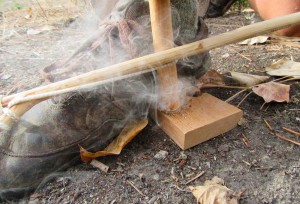 An oil-burning furnace served as the basement centerpiece in the house where I grew up – on chilly evenings I warmed myself near the various radiators as they clicked and groaned with heat. The house’s old fireplace, originally the only heat source, was used on rare occasions, when school was called off due to snow, or when the mood came over our parents. Campfires were limited to Girl Scout sing-a-longs with hotdogs and s’mores. As an adult, I moved into a cabin heated by a wood-burning stove and marveled at the comforting dry warmth of fire.

I’d use different methods to start a fire in the stove – the venerable log-cabin style, the tipi method, or sometimes just stuffing the stove with lots of paper. Outside, I gathered wispy ends of dead branches, chopped kindling into wrist-sized pieces, split tree rounds into wedges, and, with satisfaction, lit the whole configuration with one match. Conjuring a flame without a match or lighter hadn’t occurred to me, so the first time I watched a friend make fire with a bow drill, I was enthralled.

It appeared to be a sleight of hand, a spellbinding trick that transformed an ordinary piece of wood into a magic wand. Right before my eyes something had been created from nothing. 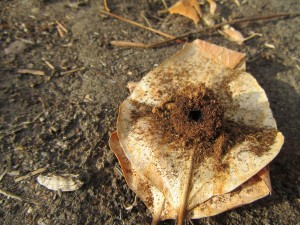 Of course all fires are produced from something – three elements – oxygen, heat and fuel. There are as many different ways to bring fire into being as there are traditions of using the flame. The most primitive methods, such as the hand drill and fire plough, require nothing but wood and proper technique. Possibly the most common way to learn fire by friction, the bow drill, adds just a piece of string (or leather thong) to the mix, but the recipe is pretty much the same: a fire board, a spindle, and a nest of fine tinder. All of these ingredients can be found easily – the hardest to come by is the right rhythm and patience.

Describing the process does not do justice to the effort, as the simplest action can often be the most difficult. As the spindle burns into the fire board, the powdered wood spills out of a pre-cut wedge in the board, piling up and eventually igniting at about 800°F. The motion of the spindle generates this impressively focused heat to produce a coal in the smoldering wood dust. Once the coal has grown enough, the wood dust is transferred to the nest of tinder. If successful, the fire-maker can gently breathe the coal into flame.

My interest in traditional skills is based around the premise that to really understand something, we must strip it down to its essence. A writer must first learn letters to compose a paragraph, the farmer must decipher soil chemistry to grow food, the hunter must walk in the tracks of the hunted. I wanted to learn how to gather energy and air to form a bundle of warmth and light to share with others. My inclination wasn’t to cast off other methods of fire making, but to more fully appreciate their significance. Sparks are a quick path to ignition – generating a coal from friction is a process of balancing limitation with potential, restraint with persistence, the intangible with the material.

We are attracted to fire just as we yearn to be safe, long for love, and crave connection. It isn’t just the physical warmth of a fire that entices us to the hearth. The act of nurturing a fire links us to the core of our humanity, unpacking the complexities of need and desire and exposing our elemental selves.

Universally magnetic, fire plays a central role in all cultures, from religious ceremonies and rites of passage to “backcountry TV” and romantic evenings. Our relationship with fire is as complicated as our relationships with each other – wildfire season, though regrettable, has become another notable function of fire within society.

When I first tried the bow drill, I figured my lack of upper body strength would be a problem – most of the fire-starters I knew were male. But, like many physical endeavors, attention to detail and technique are more important than pure brawn. The force I exert on the spindle is of less significance than the way my elbow cups my knee, or the slant of the bow. Fiddling a flame requires one to pay attention to the orchestration of fire board, spindle and bow. If one component is not handled properly – too much downward pressure, not enough lubricant on the spindle, a loose bow string – the whole assembly falls apart. And then there is the body – remembering to breathe is the only way to produce heat.

Even under the best of circumstances I cannot yet reliably get a coal. But that lack of success seems secondary now. My understanding of the process has gone from purely academic to somatic, from fire triangle to the angle of my knee over the fire board. During long winter nights, a fire in the woodstove is a remarkable comfort but the skill of fire-making lends weight to even the smallest of candles. 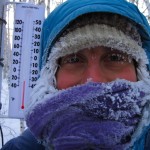