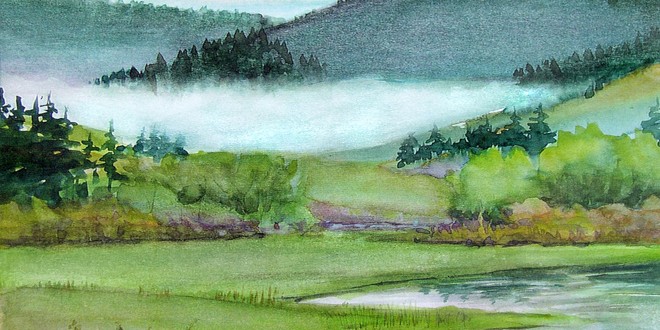 Moments Beside a Summer Pond

Chloe and I were getting closer, and I wanted to take her and her sons fishing. I drove to a little known pond out in the country.  The boys had no experience fishing and I rigged up spinning rods with bobbers and small hooks, showing them how to bait with a worm and make a cast.  The lesson proved challenging, but I took my time, remembering my father’s patience. When Gethin, the youngest, launched his bobber a few feet from the bank it instantly disappeared. He felt the tug and resistance, yelled for his mother to look, and reeled in a hand-sized sunfish with a bright orange breast. There were many tangles, snags, complaints, snack breaks and a few more satisfying sunfish until the boys had enough and walked down through the flower studded meadow picking up spent shotgun shells. Chloe and I sat close and watched them.

“Is that safe?” She grew concerned.

“Sure, the shells are empty. I used to collect them when I was a kid.”

“You Americans and your guns,” she frowned.

But we were, indeed, very safe in this secluded meadow beside this little pond.  “Make another cast and set the rod down on that stick. We’ll have a beer,” I urged.

“I think I might’ve caught something already.”

“What?” I jumped up. She put her hand around my leg and laughed.

The teeming waters of a summer pond, the lessons, frustrations, casts, hopes, and a hooked sunfish flopping on the grassy bank raise a child’s delight and a man and woman’s growing interest in each other.  How wonderfully simple.  If fishing brings us closer to the earth’s essentials, can it also help us transcend that realm?  Is angling an art that can actually lead to enlightenment, salvation, grace and even love, as the Roman writer, Ovid promised: “Let your hook always be cast. In a pool where you least expect it, there will be a fish.”

Chloe and I leaned back on the warm grass.  “This is marvelous,” she said, and I bent over to kiss her. Her lips returned the soft, warm gesture with something more, and we looked up at each other and smiled. “This is a nice fishdate,” she said.

Redwing blackbirds called from the cattails, a dragonfly alighted on the tip of my finger, then Chloe’s rod jumped off the stick and slid toward the water. “Fish!” I yelled. She chased the rod down the bank, picked it up and reeled. A big bass thrashed and swam. “Fantastic,” she cried. The boys saw the splashing and came running. The foggy green water burned gold as the bass flashed before us.  “I can really feel it,” Chloe smiled back at me, reeling in her big fish. 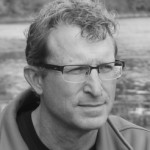 Henry Hughes is the author of four poetry collections, including Men Holding Eggs, which received the 2004 Oregon Book Award, and the angling memoir, Back Seat with Fish, published this year by Skyhorse. Hughes is also the editor of the Everyman’s anthologies, The Art of Angling: Poems about Fishing) (Knopf, 2011) and Fishing Stories Knopf 2013), and his commentary on new poetry appears regularly in Harvard Review. 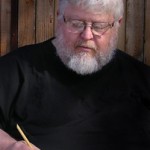 Richard Bunse works in charcoal, ink, watercolor, acrylic and photography, specializing in nature and the human form. Richard studied art at Western Oregon University, and now teaches drawing and manages a life drawing studio at the River Gallery in Independence, Oregon. His illustrations have appeared in many national magazines and 26 books ranging from  poetry to nature study and fishing. He lives in Monmouth, Oregon. Visit him at: rivergalleryart.com/artist_richard_bunse. 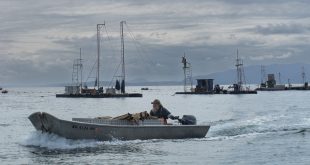