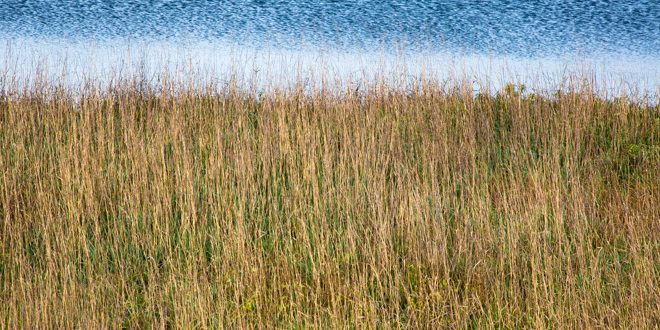 Thanks to the Swinomish Indian Tribal Community and the Washington State Parks Department, we have new public access to a beautiful coastal forest and shoreline beside the Salish Sea.

The Kukutali Preserve, located on Swinomish Tribal lands in Skagit County, was opened to the public just three years ago, the result of a ground-breaking alliance of Tribe and State. An encouraging development—and a fine place to savor a winter afternoon.

From the small parking area located off Snee-Oosh Road on the Swinomish Reservation, cross the sand spit, or tombolo, on the well-developed trail beside storm-blown driftwood to Kiket Island. The term, ‘island’ gives one pause. After all, you can walk to it. But let’s not quibble.

Once on Kiket, there are three trail options, all of which converge on the western shore.  The middle trail is basically a gravel road, so a good strategy is to utilize the north and south trails instead. Total round-trip distance is only a bit over two miles: short and very sweet. We hiked out on the north trail, and immediately entered lush forest full of ferns, mushrooms and luxurious moss. A few remnant old growth cedars rose above elegant madrones. Lustrous salal and wild rose inhabited the shadows.

An opening in the trees framed a view out over the water and the distant Deception Pass Bridge. It would be a wonderful place to watch the sun go down.

A short descent brought us to the end of Kiket Island and a second isthmus, this one leading to Flagstaff Island, a wildlife sanctuary where entry is prohibited. The isthmus itself is a fine place to spend a few relaxing hours on a mild winter day beneath a wide-open sky. The strip of sand is almost entirely covered in a jumble of driftwood that forms a sort of sea-weathered sculpture garden.

I climbed around on the wood with my camera and tripod, photographing the exquisite forms and textures. My friends wandered the edges, along the sand, observing birds and the sun gleaming on the quiet waters, soaking up the Vitamin D like vampires.

Somewhat reluctantly we climbed back onto Kiket, aiming to take the south trail back. We detoured to explore the once-upon a time site of a lavish home built here back in the 1950’s. An ancient gnarled apple tree, a remnant from the days gone by, presided over a meadow that presumably had once been a lawn of sorts. It’s branches were full of apples and several self-possessed deer were vociferously dining on low-hanging fruit when we appeared. They retreated and we picked a few apples and enjoyed a late-afternoon snack ourselves.

A short side path led down to the shoreline, affording access to a wild little strip of pebble beach beneath a steep and overcut cliff. Twisted madrones dangled from the top, apparently eager to join their fallen brethren at the water’s edge. An eagle erupted from one of the trees on the cliff with an audible whoosh. I was struck with a sense of solitude, unusual this close to the car.

We followed the south trail through the quiet forest, turning near the east end of the island on a short side path which brought us to a wide open hillside with commanding views out over Kiket Bay, burnished now in the late afternoon sun. A heron danced in the shallows. We lingered here for a few moments, one last pause to inhale the evening breeze and absorb the fleeting warmth of the winter sun before heading down the trail, across the isthmus and  back to the mainland.

The Kukatali Preserve was opened to the public on June 16, 2014, the result of a first-of-its-kind cooperative effort between the Swinomish Tribe and the Washington State Parks and Recreation Commission. The Preserve is managed by a board consisting of three representatives each from the Tribe and Parks Department. It consists of 83 acres and some two miles of shoreline. The Management Plan stresses preservation, habitat restoration, the exercising of treaty rights and limited recreation. The parking lot at the trailhead is small by design.

The history of these 83 acres has been contentious and unusual, to say the least. Kikat and Flagstaff Islands were included in Swinomish lands as part of the Treaty of Point Elliot in 1855. But in 1887, ownership of the land was transferred to the Clark Chubahud family, a result of the Dawes Act, legislation introduced to transfer ownership of native lands to specific individuals. Chubahud sold the land to a consortium of Skagit County residents in 1928. One of these, Gene Dunlap, eventually acquired the entire property and constructed a home on Kiket Island in the 1950’s, complete with tennis court and swimming pool. Dunlap, it is said, welcomed the use of the beaches on the south side of the island by local residents.

In 1970 the Seattle City Council voted to purchase the land as the site of a proposed nuclear power plant to be built on Kiket Island, one of three such plants on the drawing board for Skagit County. Opposition groups formed to “Save the Magic Skagit” and the backlash was strengthened by tribal opposition.

In an effort to sway public opinion, Seattle City Light promoted the notion that the discharge from the reactor would heat the waters around the island, creating a year-round warm-water swimming area in Skagit Bay. Despite this dubious benefit, the project was thankfully abandoned in 1972.

In 1982 Kukutali was sold to Wallace Opdycke, one of the founders of Chateau Ste. Michelle winery, who didn’t share Dunlap’s welcoming attitude and prohibited all access.

On May 17, 2010, a historic co-management agreement was signed between the Swinomish Indian Tribal Community and the Washington State Parks and Recreation Commission to jointly acquire the Preserve for the purpose of “limited public access consistent with protection of the resources and ecology of Kiket Island.” Today the Kukutali Preserve is managed as a part of nearby Deception Pass State Park.

As both a park and restored tribal land, Kukutali represents what is possible with cooperation between the tribes and the state. It is a welcome outlier.