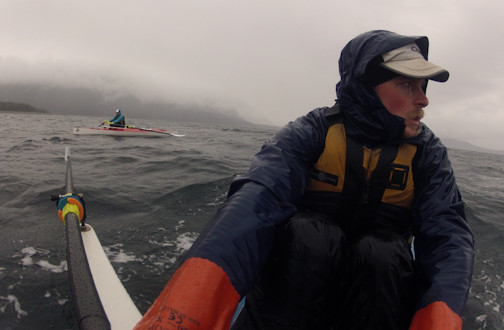 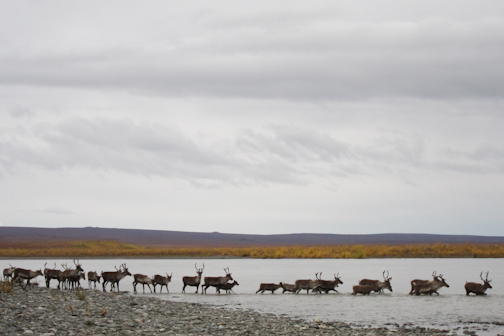 Imagine taking six months out of your life.

Quitting your job. Finding a cat sitter. And then imagine setting off on an adventure through the mostly-untouched wilderness of British Columbia, the Yukon Territory, the Northwest Territories and Alaska. No car. No powerboat. No machine at all. 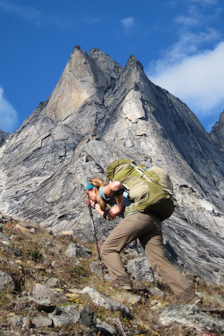 Caroline Van Hemert and Patrick Farrell did just that. They will be presenting their awe-inspiring multimedia presentation, “Northern Limits”, an account of this epic adventure, at Backcountry Essentials on February 13th at 7 PM.

“Northern Limits” tells the story of this 4,000 mile human-powered journey from Bellingham to the Chukchi Sea in Arctic Alaska undertaken by Van Hemert and Farrell in 2012 – by rowboat, ski, pack-raft, foot, and canoe. This extraordinary journey followed a road-less, trail-less route through some of the most spectacular wild landscapes in North America. All in six months and all under human power. Learn about their adventures, see great footage of wild times and wild critters, and hear stories about the trials and triumphs of this epic journey. 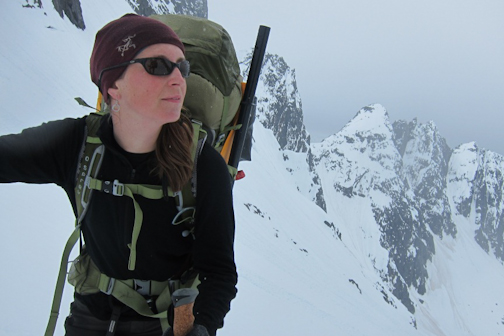 Van Hemert and Farrell have been touring with “Northern Limits” and their Bellingham show will be of special significance for the duo, who both attended Western Washington University.

“After having lived in Bellingham,” Van Hemert says, “we know what a great outdoor/skiing/climbing/boating community it is!

“We’ve been invited to speak at the Vancouver International Mountain Film Festival in mid-February and hoped to make a trip to Bellingham during the same time.

“We’ve had great reception from folks interested in learning about our combined rowing/skiing/pack-rafting/hiking adventure and the incredibly wild lands we explored,” Van Hemert says. “I’m a biologist, so I also love to share what we learned in terms of ecology and wildlife.” 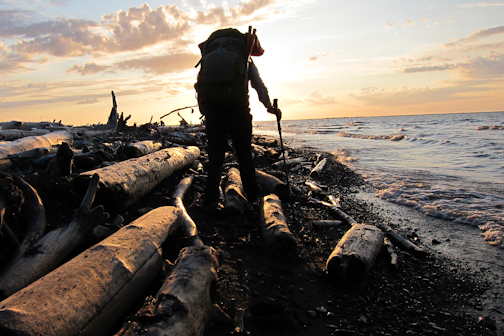 Van Hemert and Farrell have climbed, skied, paddled, and explored together for more than 10 years.  Many of their adventures have taken them to remote northern landscapes, including Alaska, which they call home. When she is not out exploring, Caroline works as a wildlife biologist in Alaska. Most of her research focuses on Arctic and sub-Arctic birds. Patrick owns a design-and-build company with emphasis on green building techniques.

The pair set out in rowboats on St. Patrick’s Day, 2012, casting off into Bellingham Bay in a hailstorm. They rowed north for seven weeks, in the company of raging storms, raucous sea lions, and thousands of migrating birds before coming ashore at Lynn Canal in Alaska. From there they skied across  the glacier-covered mountains of the Coast Range, floated the Yukon River, crossed the Tombstone Range on foot, and made their way northeast by pack and paddle until they reached the mighty MacKenzie River. Following it to the Arctic Ocean, they hiked west back into Alaska through the calving grounds of the Porcupine Caribou Herd, and swam across the Chandalar River into the Brooks Range. After crossing these rugged northern mountains in driving rain and knee-deep snow, they floated down the Noatak River to their journey’s end at the Chuckchi Sea.

Suggested donation for the presentation is $8. Proceeds from the show, which is presented by Adventures NW magazine and Whatcom Land Trust will benefit the WLT’s local conservation efforts. 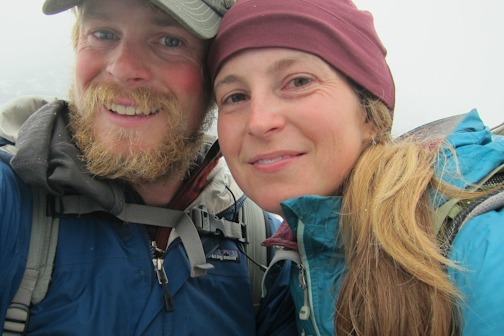