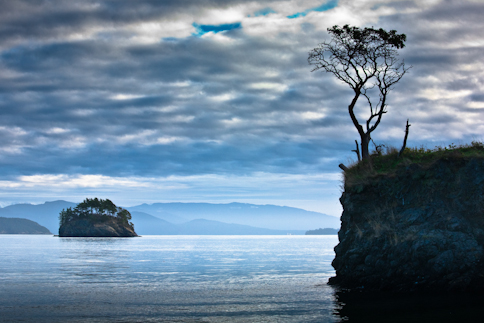 On March 25, President Obama signed a proclamation creating the San Juan Islands National Monument to permanently protect the BLM Lands in the islands. This was the culmination of years of effort by the community and its elected leaders to ensure permanent protection of these lands.

“This is a great achievement,” said Tom Reeve, Lopez Island resident. “It is the result of determined work by Congressman Rick Larsen, Senator Maria Cantwell, Interior Secretary Ken Salazar, State Senator Kevin Ranker and the San Juan County Council responding to the goals of the community that cares so deeply about these lands.”

“The communities in these islands look forward to working with the Bureau of Land Management to develop and carry out a management plan that protects these valuable natural and cultural sites,” said San Juan County Council Chair and Lopez Island resident Jamie Stephens.

The San Juan Islands National Monument will encompass approximately 75 Bureau of Land Management sites totaling about 1,000 acres in San Juan, Whatcom and Skagit counties. Designation as a National Monument removes these lands from possible sale or development by the Bureau and engages the local community in developing and carrying out a management plan for these lands.

Under permanent protection will be dozens of small islands in the San Juans, like Indian Island near the town of Eastsound, that provide breeding grounds for birds and safe refuges for everything from harbor seal pups to rare plants.

These lands include ancient fishing sites and camas gardens that are important to Native American culture, and historically important lighthouses on Patos Island and Turn Point.

Also to be protected are popular recreation destinations in the islands like Iceberg Point and Watmough Bay on Lopez Island, Patos Island and Cattle Point on San Juan Island.

Congressman Rick Larsen and Senator Maria Cantwell introduced legislation to create a National Conservation Area to protect the BLM lands in the islands. That legislation will provide the basis for the presidential proclamation designating the San Juan Islands National Monument.

“San Juan Islanders have been shouting from the rooftops for years: protect these lands. Well the President heard our message loud and clear,” said Congressman Larsen. “The San Juan Islands are among the most beautiful places in the country and are an economic engine for Northwest Washington that attract thousands of tourists each year. That’s why I have worked doggedly alongside Islanders for the last four years to push for this permanent protection. President Obama’s designation of the national monument in the San Juan Islands is the culmination of years of persistence by environmental and business leaders who built consensus and remained resolute in their mission. The national monument designation will protect this resource for residents and visitors today and in the future.”