Imagine a mythic hut – carved from frost and ice, fashioned into a form strangely familiar to our sense of what a house should look like, yet abstract and barely recognizable.   If you could travel to this strange hut sitting in perhaps the most inhospitable spot found in the mountains of the Pacific Northwest, then you would have arrived at one of the very few fire lookouts remaining, in the dead of winter – the hidden, frozen season of the North Cascades. 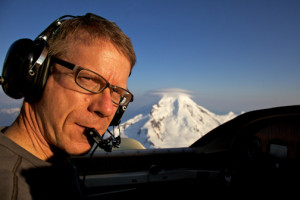 When I began photographing these mountains from the air in December of 2002, I had not considered fire lookouts as an objective.  It is one thing to photograph remote wintry alpine terrain – a strange and marvelous landscape indeed – but visiting fire lookouts and photographing them during winter turned out to be a unique and highly compelling endeavor in its own right.  It is challenging from both the flight and photographic standpoint, and it adds perspective to a remote, unseen world virtually devoid of any human connection.  Now, after more than ten years, I’ve been exceedingly fortunate to photograph mountains and glaciers across westernNorth America.  But I return occasionally to these iconic spots such as Desolation,SlatePeak, andCopperMountain– and I still retain that same old feeling of wonder and amazement when I circle the plane and glimpse these sturdy, lonely lookouts, confronting and withstanding yet again that unbelievable onslaught of winter thrown at them by the North Cascades.

Pilot and photographer John Scurlock has a passion for aerial photography, especially in the mountains of western North America, from California to Alaska to the Canadian and U.S. Rockies.  His images have appeared in numerous books and magazines, including Snow & Spire:  Flights to Winter in the North Cascade Range (Wolverine Publishing, 2011).  He resides along the Skagit River near Rockport, Washington, along with his seven cats. 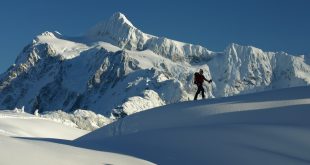 Winter Splendor in the North Cascades 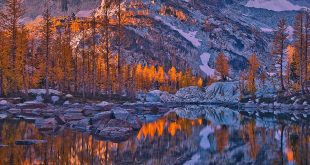 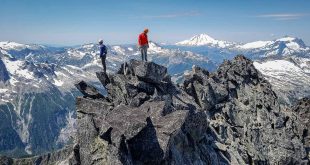