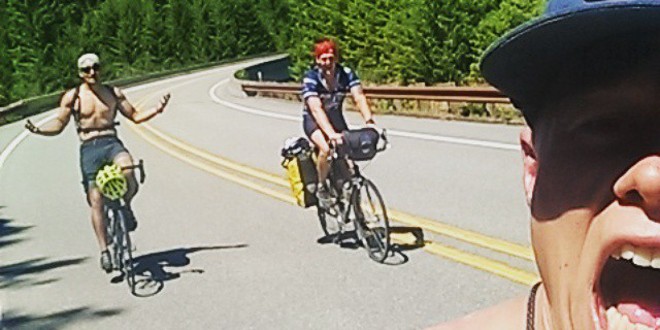 Pass or Fail: A Gravity Lesson at Rainy Pass

Through the sweat dripping from my brow, I squinted to read the sign: “Rainy Pass, elevation 4855.” I collapsed on the gravel. Staring up at the pine trees in the forested rest area I silently celebrated and waited for the other two. Nate and Bayly should have been just behind me. They never showed up.

The morning of July 2, I woke to the sound of the Skagit River flowing past the river bank where I slept in my new ENO hammock. The dense foliage overhead blocked my view of the sky but sun rays made their way around the green leaves and saturated the area with light.

People often asked us why in God’s name we wanted to ride our bicycles across the country. For me, it was for moments like these. Moments where I found myself in a completely unexpected place. That was when I found myself full of joy, peace and inspiration.

Sitting on the bank of the river I ate my soggy oatmeal and sipped lukewarm instant coffee. Bayly shared the story of his vivid dream, it’s main character a six-foot-tall man-bear addressing life’s greatest conundrums. Nate squawked and flailed as he fell out of his hammock. The two-foot fall to the ground hurt his pride more than his butt. 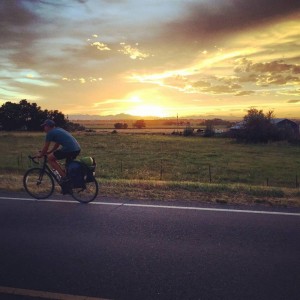 We moved slowly that morning, all of us putting off the inevitable, savoring the feeling of fresh legs and a full lungs. Walking our bikes out of the forest to the road felt like coming to the starting line of a race.

At 8:30 a.m. our ride began from Marblemount on Highway 20. Riding in the shade, we followed a valley toward the mountains. By 10 a.m. we approached a section of road that began the 56-mile climb up the pass.

Bayly, 25, Nate, 23 and I, 21, were like three kids giddy to be on an adventure and stoked on life. Hats backward, shirts off and spirits up.

Gears clicked down to the lowest setting as we began our first long, uphill climb. I quickly understood why Nate called these the “granny gears.” Slowly up the mountain, one pedal-push at a time.

I was encouraged by making it to the top of the first climb. Looking around, I could see that we had begun to leave the valley below us and move up into the mountains. Another long uphill section wore me down and I was surprised by my fatigue.

Washington is known for its mild climate. In winter people wear sweaters and in summer people only wear sweaters in the evenings. Today it was 90 degrees.

I began to wonder if we had completed some of the harder climbing. I let myself play with the idea that we were getting close. Despite being fatigued and soaked with sweat I was feeling good mentally. The road toward the pass followed a valley that went straight into the Cascades. 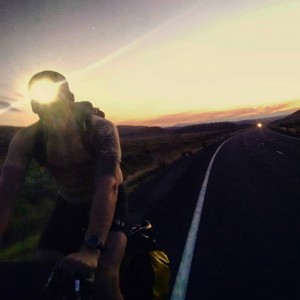 I relished a long, downhill portion, moving effortlessly. A refreshing wind cooled my overheated body as I rolled along at 35 miles-per-hour. Sights of the river below and jagged mountain ranges came and went out of sight. It was amazing. I shouted as loud as I could as if to share my excitement with the birds and anyone else listening. The downhill turned to uphill and my shouts of joy turned to gasps for breath. It occurred to me that I had to make up the elevation I had just coasted down.

Going downhill when you know you should be going up is kind of like gorging at a buffet. It’s amazing while it lasts but when it’s done you are absolutely screwed.

I drank water constantly and resorted to filling my water bottle in streams to avoid dehydration. I was disheartened. I expected it to take a couple hours and knew it would be hard work, but I had no idea that I would still be there at 2:30 p.m. coming around the bend, expecting to see a sign for the pass only to see yet another uphill climb.

The views of  Diablo Lake, the  North Cascades and unfeigned positivity from Bayly kept me from throwing my bike down one of the ravines and hitching back to Bellingham.

Mid-way up a particularly long hill we stopped to jump into the river. The water was freezing and seemed to wash away every ache and pain. The claustrophobic feeling of overheating was replaced by childish bliss. We reverted back to the giddiness of the early morning, tackling each other into the water and drinking it up in big gulps. Our personal oasis.

It was such a tease.

The moment I got back on my bike and started up the hill it was back to work – legs stinging,  beads of sweat blinding my eyes. 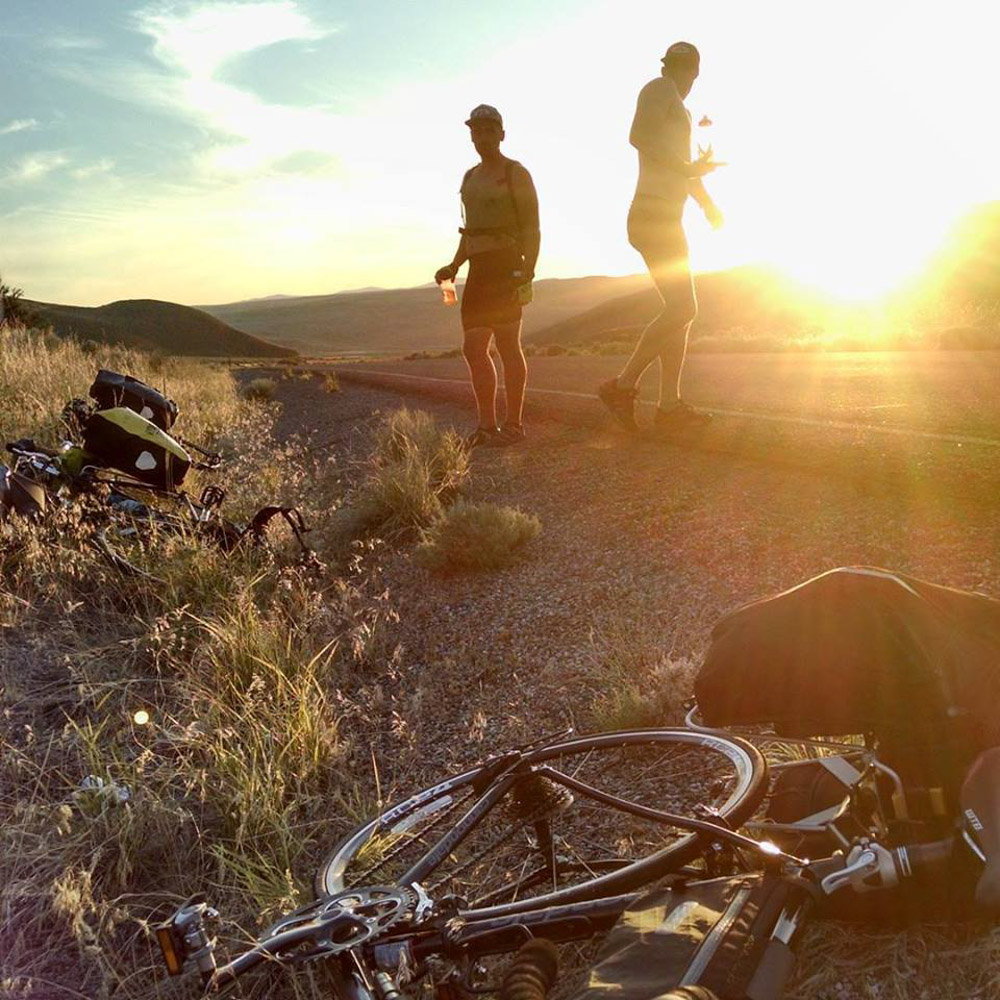 When I was in high school, I played for a soccer team that didn’t win a single game. Before every game we played I was sure that we would win, but we never did. That feeling came into mind as I climbed hill after hill only to discover new hills to climb.

We all kept going. Competitiveness or willpower led all three of us, untrained and unprepared, to keep moving. It was sometime around 3 p.m. when I reached Rainy Pass and rolled into the rest area. Nate and Bayly were about a mile behind me. I waited 40 minutes before I realized they must have ridden right past where I sat waiting for them. I was pissed.

“Those stupid, slow, sons of… Why in the hell would they not stop at the top?”

All I felt was rage as I got back on my bike.

I began heading down the hill, which I thought would be about 16 miles long, leading me effortlessly into the town of Winthrop. My fury at Nate and Bayly subsiding, I felt liberated as gravity pulled me down off the pass. The fresh air and the speed were invigorating.  Then I rounded a bend and saw the longest uphill of the day. At least 300 yards of straight uphill.

I let my bike roll to a stop and leaned against the guard rail without getting off the bike.

My eyes filled with tears as I cursed the mountain with every word I could conjure up . Finally, slowly I mustered the motivation to try a few pedals up the hill. As I pushed away from the guard rail my side-bag caught, causing me to crash to the pavement. Unbelievable. After wallowing in self-pity for five minutes, I swallowed my despair and began to ride up the hill. I made it to Washington Pass, elevation 5,476 feet. 700 feet higher than Rainy Pass.

Nate and Bayly sat in the rest area, shoes off, cured meat and fresh bread stuffed in their mouths. “Dude, what happened to you?” I let my bike fall to the ground. I gritted my teeth and I clenched my fists, walking slowly toward them.

Our cross country bike trip took us through 14 states and over 4,300 miles in 76 days. In all that space and time, miles of emptiness, endless hills to climb,  nothing tested me more than day three, pass day.

Erik Swanson is a student at Western Washington University.  He is passionate about writing, communication and long -distance cycling.  His bike adventures  have included cycling the Pacific Coast from Canada to Mexico and  a 4,300 mile cross-country  route from La Push, Washington to Ocean City, New Jersey, from which the above story is excerpted. He is looking forward to moving to Rosarito, Mexico in June to begin work with a non-profit home-building organization called Project Mexico.