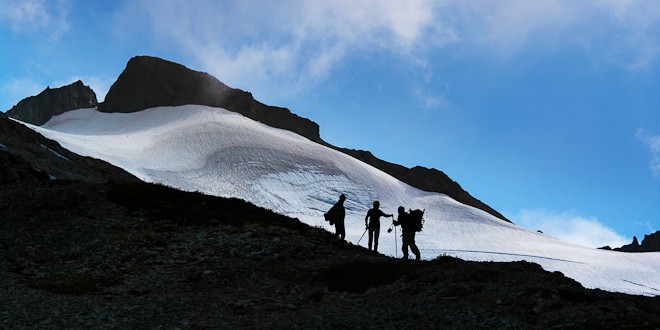 Still Wild After All These Years: The Wilderness Act Turns 50

More than one hundred million acres.

This is the quantity of designated wilderness lands in the United States of America today. This bounty is the result of the Wilderness Act, signed into law by President Lyndon B. Johnson on September 3, 1964.

The Act defines “wilderness” in language unusually poetic for legislation: “A wilderness, in contrast with those areas where man and his own works dominate the landscape, is hereby recognized as an area where the earth and its community of life are untrammeled by man, where man himself is a visitor who does not remain.”

In practical terms this means no roads or permanent structures can be built and no motorized vehicles or equipment are allowed.

The creation of this landmark legislation was a long time coming and was inspired by the work of conservation icons like Aldo Leopold, whose seminal book, Sand County Almanac, published in 1947, established the notion of a “land ethic.”

A growing environmental consciousness, fostered by Leopold and people like John Muir, Mardie Murie, and Bob Marshall began to take hold in the U.S. This consciousness asserted itself in the early 1950’s when a proposed dam to be constructed in Echo Park in the middle of Colorado’s Dinosaur National Monument was met with outrage by the Sierra Club’s David Brower and Howard Zahniser of The Wilderness Society. The two lead a nationwide campaign to oppose the dam – it was never built – and in so doing, helped create a groundswell of support for preserving the remaining wilderness areas in the country.

Taking advantage of the momentum created by the Echo Park controversy, Zahniser became the primary author of the Wilderness Act. First introduced in 1956, it took eight years and 60 drafts before Johnson’s pen touched paper. As he signed, he noted that “if future generations are to remember us with gratitude rather than contempt, we must leave them a glimpse of the world as it was in the beginning, not just after we got through with it.”

In 1964, the Act designated 9.1 million acres as wilderness. In the years since, more than 100 million have been added. Wilderness was clearly an idea whose time had come.

We owe a great debt to the visionaries that dared to dream, and more importantly, worked hard to make those dreams become reality. Of course, the work continues. Our fragile natural world has continually been under attack by those for whom maximizing short-term profits is a religion. This is unlikely to change anytime soon. But sometimes, in the midst of struggle, it is important to celebrate victories. The fiftieth anniversary of the Wilderness Act is an occasion that is certainly worthy of celebration.

Here’s to the next fifty years!