Marriage takes a lot of work; no one will argue that point. Having differences in religion, child-rearing ideas, and/or politics can make it even more challenging. What I’m about to describe is even more serious: differing philosophies about elegant fly fishing and lowly bait/lure fishing!  For some couples, this divergence is more confounding than any of those mentioned above. Allow …

END_OF_DOCUMENT_TOKEN_TO_BE_REPLACED

Atlin is a former gold mining town located near the Yukon border in the extreme northern part of British Columbia.  From the moment I arrived there, I found myself staring at Teresa Island, which, crowned by Birch Mountain, rises 4,567 feet above Atlin Lake, making it one of the highest inland islands in the world.  The longer I stared at …

END_OF_DOCUMENT_TOKEN_TO_BE_REPLACED

A Deep Appreciation: Autumn in B.C. 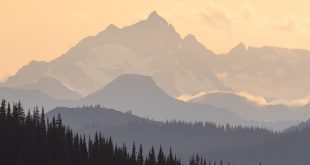 For as long as I can remember, my life has been centered around seeking out experiences in wild places and spending time with the wild creatures within them. In more recent years, as I’ve grown to understand more of what I’m observing in the natural world, and my ability to access and move through more of the terrain that surrounds …

END_OF_DOCUMENT_TOKEN_TO_BE_REPLACED 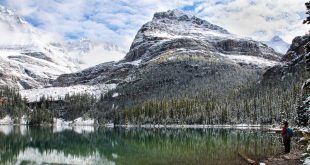 Happier. More creative. Less stressed. This is what even a short stay in BC can do for you, Destination British Columbia is telling a growing audience of wellness-minded potential tourists. Quoting scientific studies, a recent promotional short video of theirs informs us that immersion in nature improves short-term memory by 20%, boosts creative problem-solving by 50% and decreases cortisol level …

END_OF_DOCUMENT_TOKEN_TO_BE_REPLACED

When Dreams Come True: Climbing in the Bugaboos 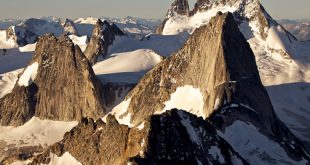 by Lisa Toner WHOOSH! Calm skies become turbulent, jarring me out of my climbing-induced reverie. The wind rips loudly over the sharp ridge upon which I stand, with a sound like tearing canvas. Huddling closer to the wall of cold granite, I pay out rope to my climbing partner – who also happens to be my husband. The rope twitches. …

END_OF_DOCUMENT_TOKEN_TO_BE_REPLACED

The twin peaks have occupied a spot in my imagination since I first took note of them many, many years ago. Slate blue and stately in the summer, bedecked in a gown of snow in the winter, the peaks, just north of the United States-Canadian border, stand slightly apart from their Garibaldi Range brethren—two “ears” that, on a clear day, you can see anywhere from Vancouver, BC, south to Bellingham, Washington, where I live. I often wondered what the view would be like from atop.