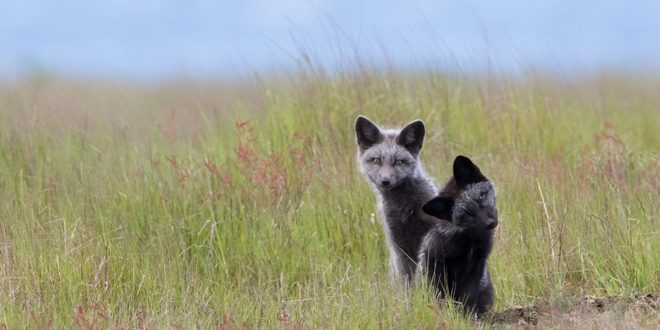 The Foxes of San Juan Island

Visitors to San Juan Island expect idyllic beaches, pastoral landscapes dotted with picturesque farms and lodges, forests of kaleidoscopic green. What visitors might not expect is the foxes.

The red foxes (Vulpes vulpes) of San Juan Island are a classic example of how tenuous and complex the relationships between humans and wildlife can be. Wildlife managers are trying to balance the needs of the foxes and the food web that has evolved around them, while also considering the desires of tourists, island residents, government agencies and the local economy.

Although the red foxes roam widely, they are most often spotted on the southern end of the island in San Juan Island National Historic Park’s (SJINHP) American Camp, South Beach and Cattle Point.

Although they are called “red” fox, visitors are often surprised to discover that they can be orange, silver, black, or multi-colored. Black foxes are rare in most parts of the world, but they are quite common on San Juan Island. The smallest of the Canidae family of dog-like mammals, red fox weigh just 10 to 20 pounds, have a white tip on their bushy tail and black-tipped ears.

The presence of foxes on San Juan Island can be traced back to a rabbit problem. European rabbits were first documented on San Juan Island in 1929, but are thought to have been introduced much earlier, between 1875 and 1895, as a traditional food source for lighthouse keepers.

Without many natural predators, rabbit populations boomed. “There were accounts that the rabbit populations were so high in the 1950s and 60s that hunters had pick-up truck loads of them,” explains Washington Department of Fish and Wildlife (WDFW) District Biologist Ruth Milner.

The exact history of the red fox in North America, the Pacific Northwest and on San Juan Island is rather murky. Genetic studies throughout the U.S. indicate that red fox were not native to western Washington lowlands but descended from a mixture of populations.

“The Cascade red fox [Vulpes vulpes cascadensis]—which is native to Washington—is a high elevation fox not found on the islands,” according to Milner. “The foxes in the San Juans are a lowland species that are probably from a variety of sources, including introduction via fox farms which bred them for their fur, brought from the eastern U.S. Others may have been introduced for sport hunting.

“The likely history is that the foxes were brought in to the islands to control the rabbit populations, Milner explains.” Rumors collected from old-timers say there were intentional or accidental introductions since at least the 1930s up through the 60s.”

Over the decades, the red foxes have become an integral part of San Juan Island culture. Photos, paintings and sculptures appear in every Friday Harbor gift shop and gallery. Many residents see them as mascots or wild pets. As a result, it’s likely that both the rabbits and the foxes will remain an element of the local experience and economy for generations to come.

While non-native, both the rabbits and the foxes have had clear impacts. “No one has done a specific study of red fox impacts to native wildlife, but you can pretty much assume they have,” notes Milner. “For example, the Oregon vesper sparrow, a ground-nesting bird once found on the Redoubt [in SJINHP] is now likely extinct there. Between the destruction that the rabbits impose and predation by the foxes, any species like that doesn’t stand a chance.”

The rabbits vociferously denude the surrounding native vegetation. The extensive tunnel systems of their warrens and of the fox dens alter rainwater absorption, runoff, retention, and evaporation rates, as well as exacerbating soil susceptibility to wind and water erosion.

The WDFW views the rabbits as ‘feral domestic animals’ so there is no restriction on their hunting. However, SJINHP has a ‘no hunting’ policy, so aside from natural predation by the foxes and other predators, the rabbit populations are limited only by available food sources and habitat.

The rabbits impact wildlife like the native Western meadowlark that nests in grasslands. They also devastate stands of the hookedspur violet, which is an important host plant for the valley silverspot butterfly. Only a few select species of plants can withstand the rabbit herbivory, meaning many of the delicate species of wild flowers are no longer found on the island.

Foxes are omnivores, so their impact is greatest on their other food sources: voles, insects, birds, snakes, nuts, berries and other fruits.

Yet a diverse array of wildlife can be observed living side by side with the rabbits and fox of the island. In a single trip to the open plain, one might observe quail, swallows, black-bellied plover, American kestrel, turkey vultures, osprey and bald eagles.

SJINHP biologist Jenny Shrum studies the endangered island marble butterflies (Euchloe ausonides insulanus) of San Juan Island, including how changes in habitat effect the population. “The park is pretty much home to the entire population that exists on the planet,” explains Shrum. “The rabbits significantly affect the vegetation and so the foxes have an indirect effect on the butterfly populations there.”

Although hunting and trapping of foxes are legally allowed outside NHP property, hunting is not common on the island.

For decades, island residents and visitors have fed the wild red foxes. That has made the population less fearful, more tolerant and tame in comparison to red fox in other regions, drawing tourists and photographers from around the world in droves. But wildlife managers agree that feeding them is a bad idea. “WDFW policy is that there is no scenario where feeding wildlife is a good idea,” explains Milner. “However there is no law prohibiting feeding. It’s just a terrible idea for a whole bunch of reasons and the park heavily discourages it for the safety of the animals.”

Those reasons include upsetting the delicate balance of nature. Fed foxes become habituated to humans and dependent on hand outs and garbage. Individual foxes learn to approach tourists, endangering themselves around motor vehicles. When the tourists have gone, habituated foxes may not survive the winters when food is scarce.

Within SJINHP however there is a law prohibiting feeding the foxes, according to Elexis J. Fredy, Superintendent of the Park. “Feeding wildlife is illegal on federally-protected lands,” she says, “and San Juan Island National Historical Park is federal land.”

Fredy emphasizes that feeding the foxes – or any wild animal – is always the wrong choice, whether prohibited by law or not. “So many people are coming from urban areas who do not know any better,” she explains. “[SJINHP] had tremendous problems with people baiting and feeding foxes last year when pups were being thought to hunt.”

Red foxes also produce large litters of up to ten kits, resulting in an increase in demand for rabbits. That can cause a crash in the rabbit population, meaning many kits may starve to death the following spring.

As a result, SJINHP recommends a minimum 75-foot buffer from humans to keep the foxes wild. But lenses needed to take high quality photos at that distance are expensive. Although signs are posted throughout the park, due to limited staff, SJINHP has difficulty monitoring and enforcing the buffer.

As might be expected, the attitudes of photographers and tourists are varied. Some feel entitled while others share a deep reverence for the animals and a desire to keep them wild for their own long-term safety.

To see or photograph them, one must be willing to wait and pay attention—activities don’t last long. The patient viewer can see kits play, nurse, or fight for a kill brought by an adult fox. Photographers furiously snap photos of the activity for less than 30 seconds before they return to their waiting.

Yet the hundreds of photographers that flock to San Juan Island each year significantly contribute to the local economy. Disagreement about the disadvantages and value of the rabbits and foxes on San Juan Island mean that their presence and management are likely to remain controversial.

Whether visiting beautiful San Juan Island for a day trip, an overnight, or for several weeks, tourists will find the influence of the red fox at every turn—in the art, landscape and parks of the area. Their presence will continue to shape the local ecology, economy, culture and people there for generations to come. 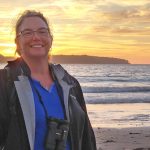 Lorraine Wilde has been a freelance writer since 1998, having published more than 200 pieces in blogs, magazines and books. Over the last 25 years in the Pacific Northwest, she’s also been a teacher, actor, filmmaker, environmental scientist, mother and owner of the publicity business, Wilde World Communications. Learn more at wildeworldcomm.com. 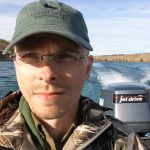 Kenneth Kearney is a nature and concert photographer who lives in Bellingham. He has traveled extensively, pursuing rare and unique shots that foster wildlife conservation. You can see more of his work at Whatcom Art Market in Fairhaven or at kennethkearney.com.