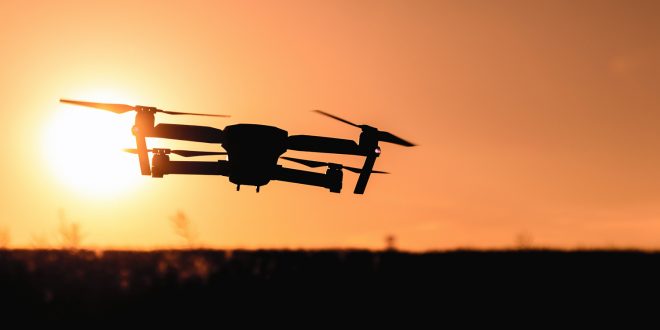 The Problem With Drones

Imagine, if you will, a pleasant afternoon of tranquil rambling in the green meadows of the North Cascades. But then you begin to be aware of a high-pitched buzz above you.

Not a mosquito. A drone, hovering just overhead. Approximately the size of a toaster, with four rotors spinning rapidly and a high-definition camera slung beneath it. The spell is broken. And is that… “The Ride of the Valkyries”?

Drones in the wilderness have become commonplace in recent years, flown by eager enthusiasts seeking a birds-eye view of the public lands we all enjoy. Many appreciate the images they pull from the sky, while just as many wish a sizeable hawk would do as nature intended and remove the annoyance.

My own experience with drones has been limited, though I do know folks who use them often. I’ve seen the stunning photos, made possible by drones’ pinpoint-able aerial perspective and often marveled at the National Geographic-quality video that is now being turned out by amateurs. And then there’s Evan Skoczenski, a local photographer and my closest tie to the world of drones. I joined him recently for a beer at a local brewpub to ask him about the allure of the winged contrivances.

Skoczenski is a young guy, certainly no luddite and more surely planted in the “drones are neat” camp than anything else. He’s quick to draw contrast between the lowly hobbyists buzzing the viewpoint at your local National Park and those who use drones as part of their photography kit; a higher class of operator with a purer calling. He places himself squarely in the latter group.

“There’s a super-artistic photography niche, and then there’s the hobbyist remote-control niche. They don’t say they want to get this 4K photo, they just want to fly through some hoops,” Evan tells me. I press him a bit, saying that surely the general public couldn’t give a damn either way, and wonder what it is he does to ensure he doesn’t encroach on other people’s space.

I can hear the wavering in his voice as he nurses his ale. “I want to respect people,” he says. “I just feel like I’m never out in a place where there are crowds to bother.” Looking at his photos, I’d wager he’s telling the truth. They capture a desolation that many seek out in the woods.

I ask Evan what he thinks of the drone ban in the national parks, something that directly impacts what it is he does. He pauses and mulls it over for a bit. “I think that’s fair. So many people are affected, and the odds are too high that someone might get hurt,” he says. “There’s enough people doing stupid things outside of national parks.” Never mind putting a drone controller in their hands, I would add. That, I can raise a glass to.

The Leave No Trace Ethic truly is a wonderful thing, a succinct ideology on how one should conduct oneself out in the woods. But a new question has emerged: what exactly is ‘a trace’? Obviously, it’s garbage left beside the trail and the scar of an illegal campfire. But could it also be something more ephemeral, an intrusion that diminishes the freedom of others to experience the natural world and the soft sounds of the wind in the trees? Are drones just another manifestation of a new ethos borne of our technological bubbles where we no longer seem to be aware of—or care—how what we do affects others?

We ought to advocate for responsible drone use on our public lands, and seek to minimize their intrusion on others. It truly comes down to the person behind the joystick. Consider your impact when you feel the urge to launch the thing. Are there people around? Animals? Might you infringe on someone’s solitude? If so, it may be best to leave the drone at home. You’d be surprised just how much beauty you can see from the ground… 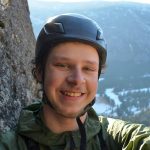