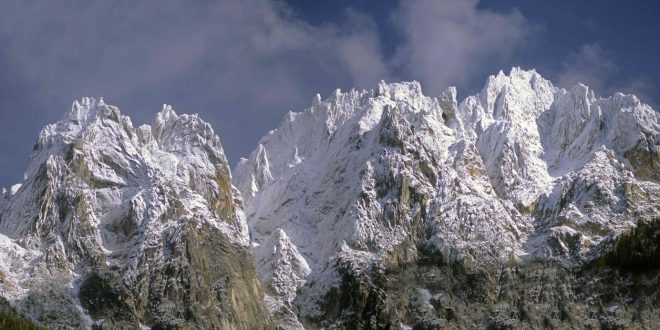 After a conspicuously dry fall, the 2019 winter solstice was wet and wild in the Pacific Northwest as a Pineapple Express drenched the region with moisture. Seattle shattered a 120-year-old precipitation record by over an inch, but my hopes for liquid gold turning to powder in the high country after an agonizingly slow start to the ski season were dashed. At the loftiest reaches of Washington resort skiing, repeating circuits on Crystal Mountain’s Green Valley chair kept me above the frustratingly high snow line. But spooning feet of fresh chowder was hardly consolation for gear that wetted out on the walk from the parking lot to the base chairlift under the deluge.

Scanning the Cascades telemetry, however, yielded a possible backcountry bonanza: cooling air east of the crest conspired to turn the tropical torrent into a wintry Christmas present above 4,000′. An atmospheric river laden with moisture had produced five feet of snow.

North Cascades Highway (State Route 20) had closed for the season to over-the-crest traffic less than two weeks prior, one of the latest closures on record amidst a drought-stricken autumn. Fortunately, the Washington State Department of Transportation (WSDOT) website and app both indicated that the road was open on the east side to Silver Star gate at elevation 3,200′, close enough to reach the goods. After an oh-dark-hundred wakeup on December 23, my ski partner and I drove five hours, only to find a snow berm at Early Winters Campground (elevation 2,200’), some seven miles before our destination. WSDOT was days late updating their public-facing messaging.

While snowmobile access is common in the area, solely human-powered travelers like ourselves were out of luck. On one of the shortest days of the year, 14 miles of round-trip skinning up the highway was not going to make for much of a ski day. Skunked, we retreated to Mazama gear shop Goat’s Beard Mountain Supplies, where manager CB Thomas pointed us to a nearby foothill with some short skiable pitches between scrub brush that bottomed out on zigzagging stretches of forest road. Not exactly the North Cascades powder fest of our dreams.

Thomas, who has spent a decade of winters in the Methow Valley, finds the eastern wintertime terminus of Highway 20 a mercurial moving target. “The road closure has changed almost every year,” he said. The unpredictability has meant that in some seasons, his 14 backcountry ski setups are regularly rented out over the busy Christmas holiday as out-of-town skiers can drive up to Silver Star gate and start climbing straight from the trailhead to destinations like Delancy Ridge. But the premature closure nixed that option for the 2019-2020 season.

“Without that access, we are relegated to frontcountry skiing only and our rental fleet will more than likely sit there unused this winter,” he said.

There is one solution to this public lands winter access conundrum: making Silver Star into a Sno-Park. Thomas claims that there has been considerable legwork in the Methow Valley to advocate for a new Sno-Park, but so far the state is tight-lipped about the subject. “There have been discussions with user groups about putting in a Sno-Park at Silver Star Gate,” confirmed Washington State Parks and Recreation spokesperson Toni Weyman Droscher. “However, nothing is firm at this time – it’s a work in progress.”

According to WSDOT’s map of Highway 20, the stretch from Early Winters to Silver Star is free and clear of avalanche paths, but regularly plowing those seven miles is still a big expense for a cash-strapped agency, which is facing major budget shortfalls due to the COVID-19 recession. Even before the pandemic, the 2018 cost-cutting decision to move the western seasonal closure four miles downhill sparked a backlash from winter recreationalists.

Although WSDOT’s snow-clearing equipment is deployed midwinter to maintain through-routes like Stevens and Snoqualmie Passes, there is no lack of heavy machinery in the Methow Valley, just a lack of funds. “There are plenty of people here who have plow trucks or blowers that we could contract to go do it if the Sno-Park were put in,” Thomas said. There is precedent for this kind of partnership: A non-profit raises money in Montana’s Gallatin Valley to keep Hyalite Canyon open for winter recreation.

With Highway 20 frequently plowed as far as Silver Star gate into January, the solstice snafu also caught the Methow Valley’s snowmobile owners off guard. Thomas estimates that there are 40-odd valley residents who park snowmobiles at the eastern terminus for the duration of the winter as a jumping off point for snowmobile-assisted backcountry ski touring at Washington, Rainy, and Easy Passes. When WSDOT made the surprise announcement that they would leave the road closed at Early Winters, several people were forced to spend a day skinning to the Silver Star gate and digging out their sleds.

“It’s hard for me to understand what the strategy is—when they close it and when they don’t,” said Paul Smotherman, who owns North Cascades Mountain Hostel in Winthrop. “I was expecting them to plow at least one more storm.”

“The decision to move the closure point has always been based on the weather and is not a scheduled event. While it usually happens in January, it can happen at any time,” said WSDOT spokesperson Lauren Loebsack.

While Smotherman shrugged off the dig-out day as one of the hazards facing snowmobile owners who choose to leave their sleds at the unplowed end of a state highway, he is warm to the idea of reliable access to Silver Star gate in the form of a Sno-Park.

“Those extra seven miles when the days are already super short—that’s an additional 30-plus minutes of a cold ride,” he said.

Methow Valley backcountry skier Joel Forrest similarly would like to see Silver Star remain open all winter. “It provides fantastic access without needing a snowmobile to really great skiing,” he said. “Knowing that I have to get my snowmobile ready at the beginning of the day is a deterrent for me to get out because you could easily get out before a day of work when the road is open.”

Others are less enthusiastic. Betsy Cassell-Thomas moved from Whatcom County to the Methow Valley seven years ago for more sunshine and better climbing, though she and her partner keep snowmobiles at home. “Skiing in the Methow is great but it’s hard work,” she said. “[WSDOT] is not here to provide recreational opportunities. In short, this sounds like an unrealistic idea.”

Back at Goat’s Beard, CB Thomas acknowledges that making Silver Star into a reliable winter destination could lead to an uptick in snow machine traffic, including nimble snow bikes that can follow a skin track through the forest and highmark on prime skiing terrain. But if bureaucratic inertia could be overcome to establish a Sno-Park, he believes there might also be hope for an effort to establish clear boundaries between motorized and non-motorized users: namely creating a long overdue winter travel plan in the Okanogan-Wenatchee National Forest.

As we went to press, the USFS announced that the controversy surrounding a Sno-Park is finally resolved. The new Silver Star Sno-Park opened to the public in November, the result of funding from both federal grants and local trail and snowmobile interests. 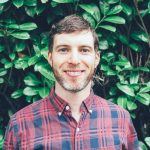 Gregory Scruggs is a freelance writer based in Seattle who writes about natural, built, and cultural environments. You can read his work at www.authory.com/gregoryscruggs. A contributor to The Washington Post, Backcounty Magazine and other publications, he lists his religion as Turns All Year and he’s stoked for the La Niña winter.