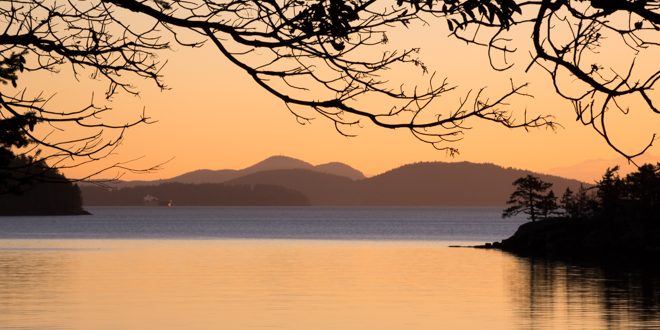 Woodstock Farm: A New Chapter in an Old Story

Even if you’re paying attention you might miss it.

Eyes glued to the bends and curves of Chuckanut Drive just south of Bellingham, the sign for Woodstock Farm is an unimposing brown flash against a green backdrop. But take the turn down toward the water, and what appears is a gentleman’s estate that looks transported from the early 1900’s, perched above one of the many bays that line our coast.

A number of outbuildings dot the acreage, each with a commanding view of Inspiration Point. Trails wind over the hillsides, and then there are the small details, like the fact that the main house has a barely-perceptible demarcation splitting it in two between the original construction and later addition or the chicken coop that has been transformed into a living area. And don’t forget the orchard, a kaleidoscope of blossoms in the spring.

And it’s all open to the public. This place means many things to many people, and often the word ‘gem’ is thrown around to describe the Farm. It is nothing if not unique.  Folded into the layers of sandstone and shale and palm leaf imprints that make up the Chuckanut Mountains, the estate is a place preserved in time.

All this was created by Cyrus Lester Gates, a man with roots in Whatcom County as deep as the trees in the orchard. If the name sounds familiar, there’s good reason. Gates was an uber-capitalist and land developer who settled in Fairhaven in 1890 to attend to the business affairs of his partner C.X. Larrabee, and Woodstock was named to honor Gates’ boyhood state of Vermont. Today we appreciate the lands of Larrabee State Park, Fairhaven Park, Arroyo Park and even sections of the Mt. Baker Highway and Chuckanut Drive because of him, but Gates’ magnum opus certainly may have been Woodstock.

Designed as a sort of model home to showcase the types of properties that would line Chuckanut Drive, construction of  the Farm began in 1905 on land that was hoped to host a deep water port and industrial waterfront. The industry never caught hold, but the estate continued to grow and host the Gates family until the late 1940s.

In 2004, the City of Bellingham purchased the property for a cool $2.9 million through the Greenways property tax levy, as well as a grant from the Washington State Department of Natural Resources Aquatic Lands Enhancement Account. Tim Wahl, Greenways Program Coordinator at the time, says that the Farm was purchased to preserve an open space resource, at a time when construction on the hillsides of the Chuckanuts threatened to privatize much of the land. Almost ironically, a place meant to encourage privatization would become an oasis of public access to the iconic shoreline.

“We never even had it on the list, because we never thought we would get it,” Wahl says. “We started hearing from the owners and they were interested in it being a public place, rather than be developed.”

Like a puzzle piece, the 16-acre Farm connected tracts of land around Teddy Bear Cove to  existing public lands to form a contiguous stretch of accessible acreage. Since its purchase, the property has largely remained unchanged. This is partly due to a stipulation of the purchase that the original feeling of the estate and grounds remain consistent with their historical appearance and utility, but also the result of a lack of City funds and the absence of a concrete plan about what to do with the place. While the City does attend to some maintenance issues and lawn upkeep, many volunteers have stepped up to improve the space, chief among them the non-profit Woodstock Farm Conservancy.

“The city is just not really absolutely sure what they want to do with it,” Joan Tezak, President of the Woodstock Farm Conservancy, says. “Certainly they want people using it, and probably the more people that use it, the more it would be front row center, but right now Woodstock is still on the back burner.”

Tezak says that the Conservancy works to preserve the history of the Farm, to bring in more community members and to promote awareness of the place. To her, Woodstock is a project worth putting the time into.

“I would hate to see the City sell it,” Tezak says. “I think there’s great potential here, and I would love to see the community more involved.”

At a site planning meeting in 2008, stakeholders drew up a list of goals that they wanted to see for the Farm. These included protecting existing landscape and habitats and improving the parking situation by possibly creating a shuttle system.

There was a call for trail integration with the existing Interurban Trail that runs just across Chuckanut Drive, filling in the gaps and creating continuity which would bring more of the public down to the Farm on foot. Thus far these plans are still in the planning stage, but represent  a good starting point for what the space may one day become.

Scenes at the farm today are just as beautiful as they must have been early in the 20th century. On one of those first spring days when the sun shines on the green slopes and the orchards are donning their mantle of blossoms, a summer bride-to-be walks the paths with her family. She points out locations and they contemplate  arbors and appetizers. Weddings like hers are a staple event in the Woodstock Farm roster, regularly filling every summer weekend with big parties. Today this is the main use of Woodstock for the City: a community event rental space that sees big crowds while the weather is good.

“Most every weekend is booked from June to September,” Recreation Coordinator Erin McCain-Anderson says. McCain-Anderson is the Parks and Recreation representative on the Farm, whose responsibilities include working with possible renters, conducting walk-throughs, interacting with the public, and overseeing events. She says that the city is currently at an impasse where they may decide to either continue renting the space as it has been operating in recent years, or develop it into something much more.

McCain-Anderson says she would like to see a greater variety of groups using the space: school groups that might learn what life was like at the turn of the century; botanists with a yen to examine the rare trees that tower over the landscape;  and more university archeology classes looking for remnants of days gone by on the Chuckanut coast.

Today everyone is welcome to enjoy the Farm as a day-use area. Some come to walk the trails and enjoy peak-a-boo vistas out into the bay and the Olympic Mountains beyond, some plant themselves on the grassy hillside overlooking Inspiration Point to paint or sketch, some just come to sit and think. The history of Woodstock Farms is a still-unfolding story and the next chapter is yet to be written.

Nick Belcaster is an outdoor journalist who resides in Bellingham, WA, where he received a journalism degree from Western Washington University. When not on the road, Nick spends his spare hours exploring the Pacific Northwest on rack, rope, skins, boot tread, with a pen thrown in for good measure.